Sim enthusiasts all over are very familiar with the likes of Aerosoft and ORBX. Both companies have made names for themselves for producing high-quality simulation genre content over the last several years. Now, both companies are joining forces in a newly-announced partnership.

This new partnership involves “both companies sharing distribution of their respective products,” said Aerosoft in a recent news post on its site. Winfried Diekmann, CEO of Aerosoft called it “a great partnership” and said that it will allow both companies to offer “a great variety of interesting products” to their customers. Anna Cicognani, the CEO of ORBX, also expressed that her camp is “very excited” about this deal with Aerosoft.

In this new initial phase of the partnership, there will be 15 products on offer from each company. The promise is that more products will be “added to the catalogue in the near future.” For the time being, there isn’t a definitive list as to what these 15 products are, but more news is expected to be released soon.

A new journey ahead

The sim world is dominated with new developments for Microsoft Flight Simulator. As of now, the flight sim has a decent list of new content from both Aerosoft and ORBX, in addition to many other companies. 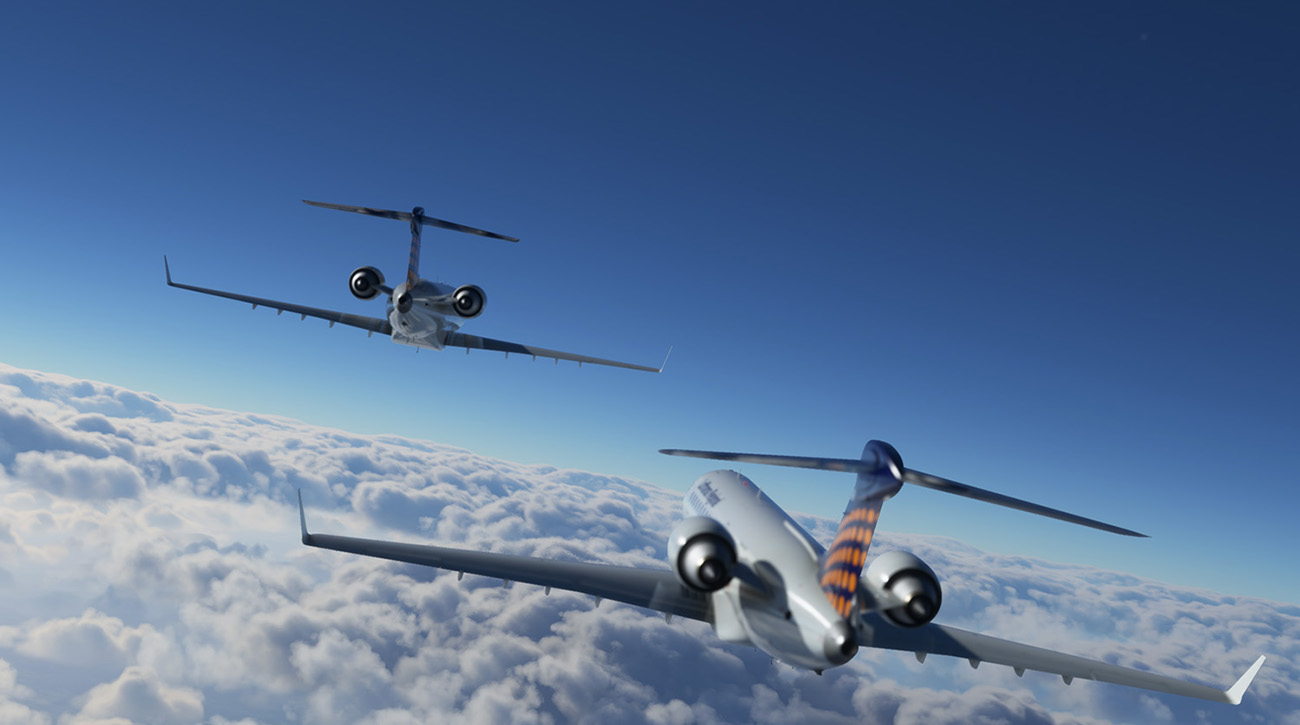 Here on PC Invasion, we’ve already covered a few Microsoft Flight Simulator products from both Aerosoft and ORBX. The illustrious Mitsubishi CRJ-550/700 regional jet was released a few months ago, which Aerosoft put a lot of effort into. It continues to work on expanding that even more with an upcoming update that will include the -900 and -1000 models of the airliner. ORBX mostly specializes in high-quality scenery add-ons, but it also dabbles in aircraft development of its own at times. It recently rolled out the bug-like EA-7 Edgely Optica, which is an aircraft built for aerial imagery.

Considering each company’s impressive track record, the add-on selection is expected to be very beneficial to sim enthusiasts moving forward now that they’re directly supporting one another.