DICE has revealed its secret mode for Battlefield 2042 today, at EA Play 2021. The mode, titled Battlefield Portal for 2042, brings together a bunch of classic Battlefield content under one roof, including maps, weapons, gadgets and more. The mode is community-driven, providing a playground of classic content for fans of the franchise.

Six maps have been revealed for the mode, which are set to arrive at launch. These consist of Caspian Border and Noshahr Canals from Battlefield 3, Arica Habor and Valparaiso from Battlefield: Bad Company 2, along with Battle of the Bulge and El Alamein from Battlefield 1942. A selection of gadgets and weaponry will also feature from these three Battlefield titles.

The way the mode functions is almost like a separate mode editor and server browser. Players will be able to browse DICE-made servers, along with community creations curated by the developer. Then, an editor mode will be present, that allows players to mess around with settings, modes and maps to create their own experiences. 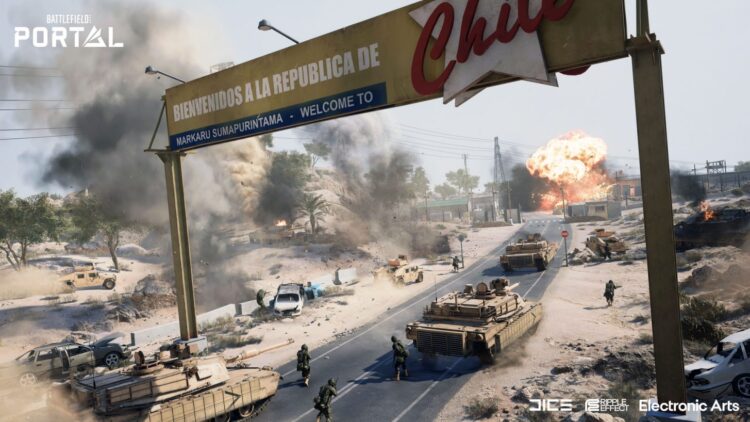 So, Portal maps, weapons and modes join the existing seven maps already revealed for Battlefield 2042. However, what’s cool is that these can all be mixed within Portal itself. That’s right, Portal isn’t just about classic Battlefield content. All seven of 2042‘s new maps will also work within the parameters of Portal, meaning we’re gonna see WW2-era soldiers and weapons on maps from the future.

Now, we’re not entirely sure how balance will work in this mode, but we’re also not sure how important that is. Portal looks like pure Battlefield chaos, and its “custom games” nature allows a less-serious approach. DICE’s stance with Portal seems to be all about letting the community run wild, and we’re all for it.

Battlefield 2042 launches for PC on October 22, 2022. If you want to jump in early, an EA Play membership will grant early access, along with a free trial.

Should You Play New World? Beta Impressions From The Frontier