Bit Legends is a newly-released MMORPG set in a pixel art wasteland full of monsters to fell, rare loot to acquire, and fellow players to team up with.

You’ll begin your quest as a fresh-faced member of a wasteland community. Not content with living your life in relative safety, you opt to venture out to explore your inhospitable surroundings. Along the way, you’ll duke it out with plenty of wasteland critters, who can then be collected and evolved over time to bolster your party.

With it being an MMORPG, you can expect the game to throw a silly amount of loot your way, all of which can be dismantled to handy core components. Beyond equipping increasingly powerful equipment, you can also improve your strength by gaining XP and upgrading your stats, such as attack and agility. There are three distinct classes to pick from – Engineer, Bounty Hunter, and Kung-fu Master. They all come with their own talents, skills, and weapon preferences.

Seemingly everything from your mount to your accessories can be customised to your heart’s content. This should let you stand out among the many other adventurers you’ll encounter across the game’s various modes. You’ll also have a base of operations to tweak, and there’s even a fighting mini-game for when you need some downtime. 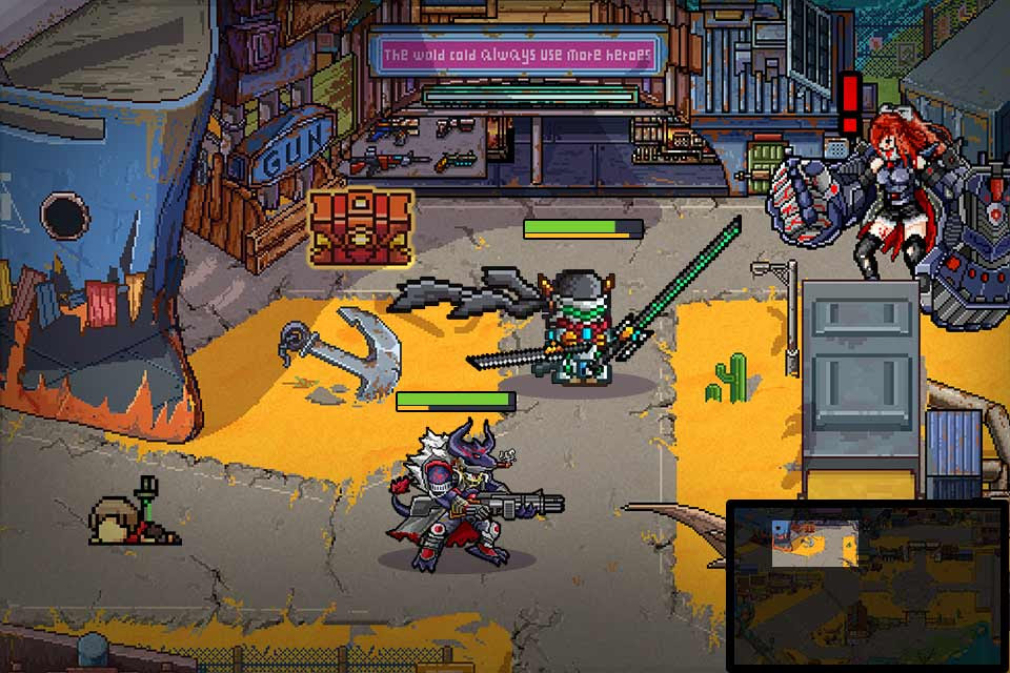 While Bit Legends is currently only available for Android, an iOS version is in the works and expected to release soon. You’ll find it available for download now as a free-to-play game from over on Google Play. More info and updates are set to arrive via its Facebook page.

Hunting for the best mobile RPGs around? Here are 25 of our absolute favourites for Android

The best Harvest Moon game is now on Steam