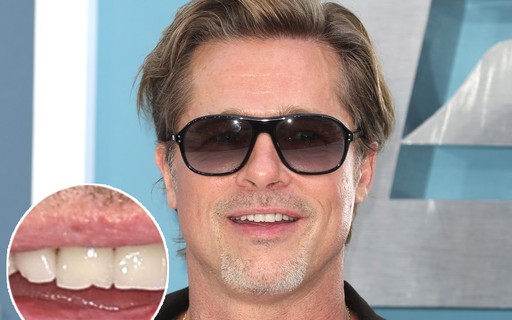 Brad Pitt was present on the red carpet of the premiere of his new feature, Bullet train, which took place this Wednesday (20) at Cineworld Leicester Square, in London. The actor caught the attention of photographers on duty when he smiled because he revealed he had chipped his top tooth.

The actor did not speak about the matter during the red carpet interviews. For the occasion, he wore a brown look and sunglasses, with a black blazer over it.

Wearing a pair of oversized black jeans, Brad paired them with a chocolate brown T-shirt, which featured a metal collar clasp and blue stitching detail. The feature film, in which he is the protagonist, premieres on August 4 in Brazil.

Bullet train brings the story that Ladybug is an unlucky assassin who is determined to make his job work after many failed missions.

Almost giving up on his career, he is recruited by Maria Beetle (Sandra Bullock) to collect a suitcase on a train in Japan. He is under threat with a bomb that will automatically explode if the train slows below 80 kilometers per hour unless a ransom is paid.

During a moment of the live, the actor gave his opinion on his way of …

Mojang says there will be no NFTs in Minecraft