Breaking Gates is an action platformer from FredBear games that’s now available in Early Access for Android. As you’d expect then, the developers are looking for testers to hop into Breaking Gates and provide them with some feedback as the game heads towards full launch.

In essence, Breaking Gates is an action-focused platformer where players will explore a variety of different stages where they’ll get the necessary resources to craft new equipment and battle against powerful bosses. It’s all presented with a very cute cartoonish art style that’s bright and cheerful.

There will be a plethora of enemies to defeat along the way too called Panpakus that will net players experience to level up their hero with. There are 8 skills for them to master as they progress. Timing will be important when using these skills as they can create powerful combos that will allow players to juggle enemies in mid-air.

There will be a dash that will prove integral to keeping the combos up and players will need to remember to dodge at the appropriate moments too so they avoid taking damage. If that all sounds a tad too frantic for touch screen controls then you’ll be pleased to know the game has controller support. 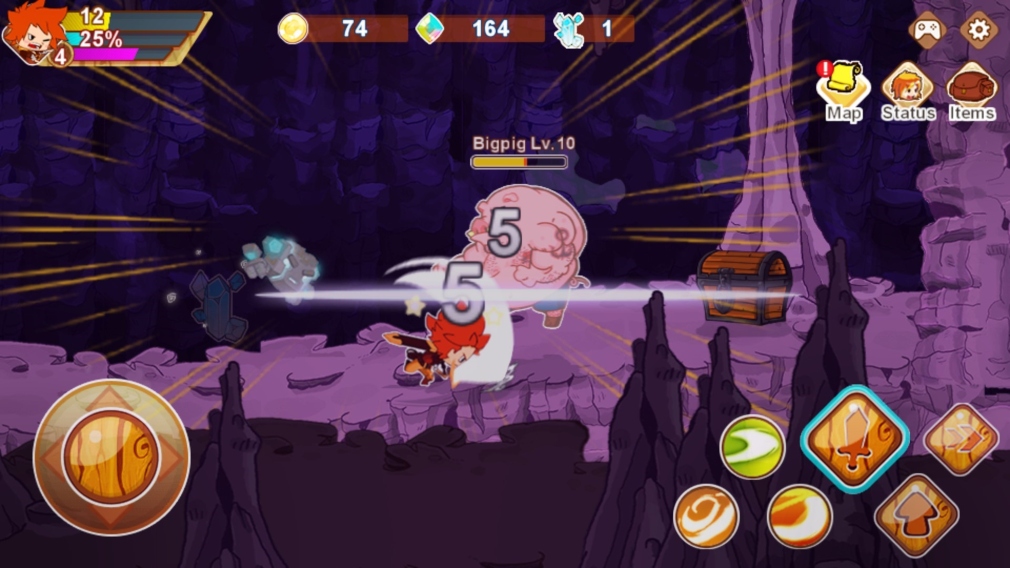 There will also be over 50 different materials to collect that can be then be used to craft new equipment. There are over 100 pieces of gear that can be created too, with each offering different attribute bonuses. Players will also be able to get Legendary weapons that will make cutting down tough bosses an easier task.

Breaking Gates is available now in Early Access over on Google Play. It’s a free-to-play game with in-app purchases.

Enjoy games that have a focus on action? Here are 25 games you’ll likely enjoy that are available now on Android