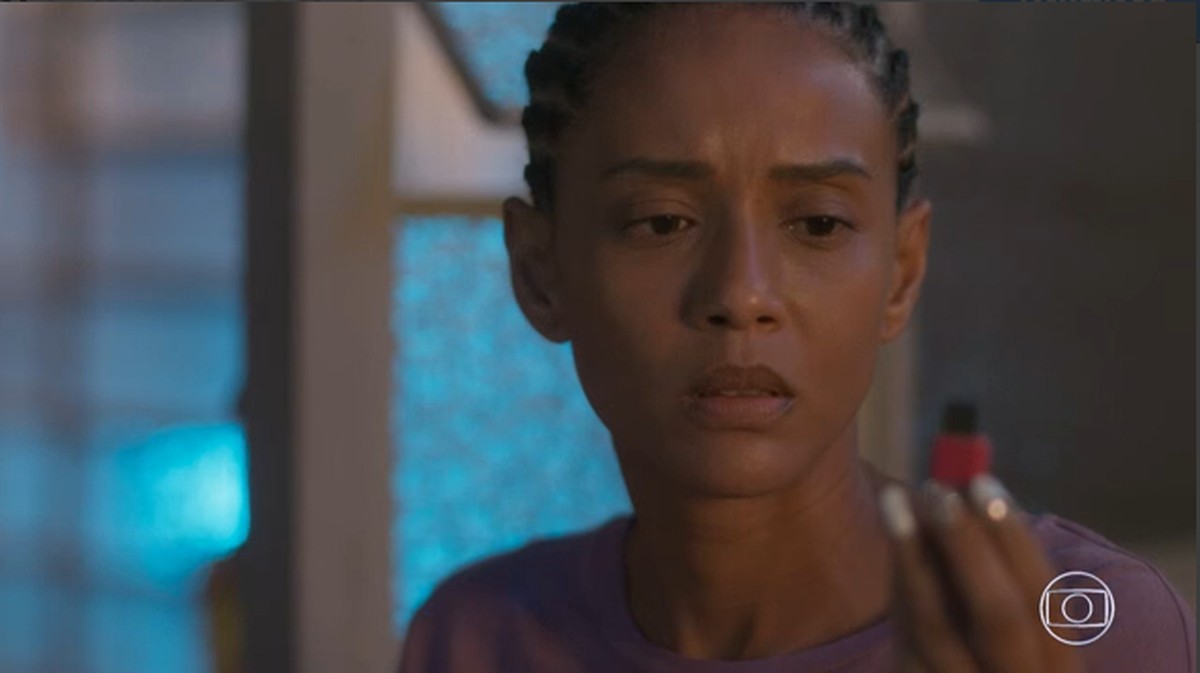 The massage therapist already gave evidence when she reacted to seeing the fisherman on TV. Do you remember?

When he accosted her on the street and she had nightmares about him.

Anita loses Samuel, but claims she was wrong with him

And now, seeing pictures of the fisherman and Clarice.

That’s right… Searching through a storage box at home, the massage therapist finds a pen drive with photos of the fisherman with the businesswoman, in different and intimate situations, including a kiss between the two.

Anita passes photo by photo and decides to erase them permanently, but first, in thought, asks Samuel for forgiveness.

The scenes will air in this Thursday’s chapter, 6/23, of Cara e Coragem.

Anita deletes several photos of Clarice with Samuel. Regina tells Ângelo to disappear with Samuel do Rio. Renan changes the order of presentations, and Lou becomes insecure. Angelo tells Regina that his mother, Dagmar, is not in good health. She doesn’t care about the news. Danilo tries to convince Vini to put Leonardo in the presidency of SG. Joca despairs when he learns that Nadir intends to go to Pat’s performance with Lou in the dance company. Olivia gives Joca an ultimatum. Lou and Pat’s presentation at the auction is a success. Jarbas tells Ítalo that Paulo and Marcela are involved in Clarice’s case. Moa informs Pat that Andrea has asked the director for a stunt double to replace her. Samuel finds Regina talking to Angelo.

Check out the full summary of the day and week!

Bruno fired 5 times after being hit by the 1st shot, says PF