In recent years, Artificial Intelligence has challenged the creation of art that was considered a unique area of ​​humanity.

Artificial intelligence is already a promising industry in music.

In fact, electronic instruments, electronic equipment, and composition software have continued to evolve since 1957, when “illiac” in the United States introduced classical music software. That’s why the RNN neural network was recently designed to create new sounds, and the ground was created that combined them to produce music like no other in the world.

Typically, Google’s “Magenta” artificial intelligence creative project, Amazon’s DeepComposer, and Open AI Jukebox create a large database and generate music from it. AIVA, launched by Aybar Technologies, is the first to register its name with the Composers Association and learn how classical music is composed and how it is used for various sound compositions. 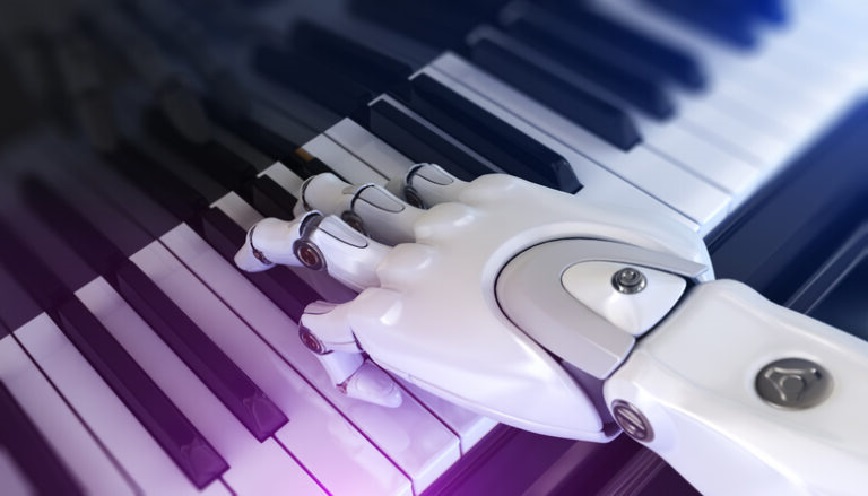 At the time, Richard Lloyd of Christie’s Auctions said, “We cannot foresee what changes AI will make in the future, but what is clear is one of many technologies that will shock the art market.” As he himself puts it, AI stands out for its extension into a new genre called AI art.

Large technology companies mainly develop programs, work on projects where startups and artists collaborate, and highlight exhibitions. Google developed Deep Dream, which represents the firestorm of famous artists, and ING and MS have released a Rembrandt flower-shaped creation through a project called The Next Rembrandt.

TO DATE, ARTISTS MAINLY INTERESTED IN THE “ART OF AI” HAVE BEEN WORKING ON ARTIFICIAL INTELLIGENCE PROGRAMS AS TOOLS TO EXPAND THE HORIZONS OF THE WORLD OF ART.

ai plays not only music and art, but also literature and news articles, and displays his so-called “handwriting.”

“0” of creation, don’t be stingy with technology

ancient Greek philosophers, who follow the origins of art, defined the essence of art as “imitation.” this proposal is a motif that has led to art for a long time. and along the way, creative techniques and methods have broadened the spectrum of art. Where did the concerns of the artists come to be in this process?

< “art has been contemplating the use of tools for a long time before we encountered the creative activities of robots> says hankyoreh shimbun, senior journalist for hankyoreh newspaper in gubon-kwon. a tool is a different name for a skill.

Looking back at the “zero” in a field, the emergence of new technologies has always shocked society, but people soon realize how to coexist with machines.

so is the impact of the most innovative tool, artificial intelligence, which has emerged recently. The process of creating novelty from the myriad objects of nature, that is, the fierce struggle for the limits of human reason and mental activity, resembles the deep learning algorithms of artificial intelligence. That is why this technology, which adds to creation, makes human-algorithmic collaboration and creative collaboration become a genre.

Since the advent of AI, a constantly raised issue has emerged, and the question of “can AI replace humans” actually involves “competition.” in particular, the execution of art creation by the machine, which is seen as the product of unique human private acts, presupposes “fierce competition.” However, since “0”, we have developed science and technology, and we have not always found the right balance. so now we have to ask questions and think fiercely. competitive, not win-win.

‘It never gave me an opening’, says Marina about Gui