The world of Crusader kings 3 it’s already incredibly hard. Fans start holy wars on a whim, the five-year-old who ascended to the throne has banned drinking, and of course there are all the other jokes of the Middle Ages. However, one was forgotten when Crossed kings originally released – winter. Fortunately, players will soon not have to imagine the peasantry struggling to keep warm in their huts. The next big update for Crossed kings will bring winter into the mix, along with a ton of new gameplay mechanics.

According to a dev update, winter will add a ton of new challenges to managing your kingdom in Crusader kings 3. The first thing players should notice once winter hits are some stark visual changes. The map will gradually be covered in snow, albeit in varying amounts. Different areas will have different types of winter, be it mild, normal, or harsh. You can tell if an area is going through a mild winter by seeing small patches of grass. These and normal winters will be extremely common in most of Europe. However, those settling in Mongolia or the Himalayas must prepare for harsher winters.

What will winter bring? Crusader kings 3?

Beyond the visual changes, winter will introduce some significant changes to the gameplay when it arrives. If a winter is severe enough, the baronies will start to lose their supply. If your winter is harsh, that will amount to a lot of lost supplies each month. Harsh winters will also cause armies to suffer more deaths after battles. 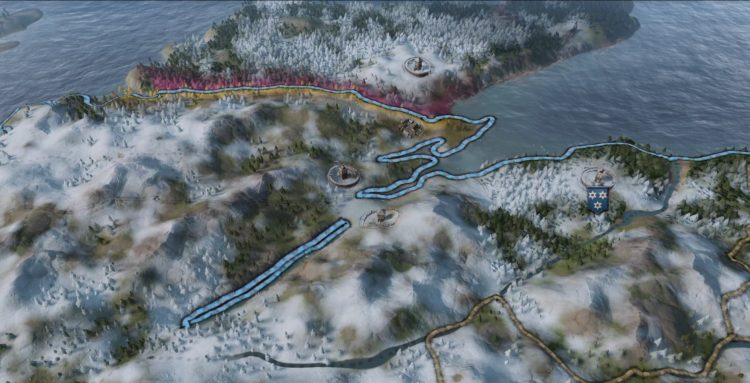 The men-at-arms will also be affected by the change of seasons. Some units will perform worse in the winter, with the cavalry taking the most impact. However, there are other units, such as the Tibetan Highlanders, that will benefit from the cold. For mountaineers, that buff is in the form of a damage boost, although the buff might be different for other units.

10 PlayStation Announcements Loom In State Of Play Broadcast This Thursday