What are the Cyberpunk 2077 weapons? Cyberpunk 2077 will feature both melee and ranged combat and three different types of weapons. They’ll belong to a range of weapon manufacturers, mostly operated by the three mega-corporations that rule Night City, Arasaka, Militech, and Kang-Tao.

There are plenty of guns you’ll discover in Night City, all designed to suit a specific play style, which you can adapt by using Cyberpunk 2077 cyberware. You’ll discover these guns from levelling up, progressing, and exploring the different Cyberpunk 2077 districts, as well as simply picking them up from defeated enemies. Of course, weapons aren’t the only way to take down enemies and you can compliment your guns using the Cyberpunk 2077 cyberdeck to manipulate enemy implants. You’ll also be able to develop weapon-based skills, like Gunslinger, from gaining XP from killing enemies using specific guns.

The Cyberpunk 2077 gun types are melee, power, smart, and tech and typically span rifles, pistols, shotguns, and blades. Here’s how these weapon types operate and how you can use them against enemies.

Power – A run of the mill weapon type and some of the most basic weapons you’ll find in Night City. They are usually easy to use and run on gunpowder, also without a high price tag. Although common, these guns are still impressive and some of the earlier weapons you’ll find, include the M10-AF Lexington pistol that inflicts extra chemical damage, and the Constitutional Arms Unity pistol which inflicts extra physical damage, or for a shotgun the Carnage packs a punch.

Smart – Small, nippy weapons that don’t require aim, automatically locking onto targets and using self-guided missiles, such as the Arasaka TKI-20 Shingen submachine gun. Mainly produced by Kang-Tao, weapons such as the G-58 Dian belong to the Smart weapon type. This SMG comes with target tracking, scope lens, and charging handle. We’ve also seen homing bullets and ricochet bullets that allow you to shoot enemies who are hiding behind cover. 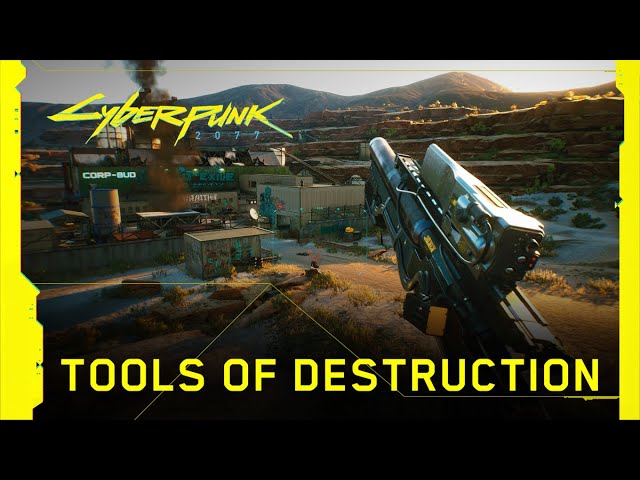 Tech – A powerful weapon type that fires projectiles at high speeds with armour-piercing capabilities. Powered by magnets, this punchy gun type comes with holographic sights and bullets that burn after leaving the barrel. One of the first guns you’ll find in the game, is a tech-based shotgun called the Blunderbuss, which boasts a charged shot as a secondary fire. We’ve also seen the Tsunami Nekomata, a semi-automatic sniper rifle with piercing bullets.

Melee – As part of the tools of destruction, Cyberpunk 2077 adds melee weapons to the mix, including a Thermal Katana, produced by Arasaka and which features a heated blade, without any attachment or mods, “only ripping hot steel”. It looks like from what we’ve seen so far, melee weapons will have less modding available and will be for those wanting a stripped weapon and up close combat. 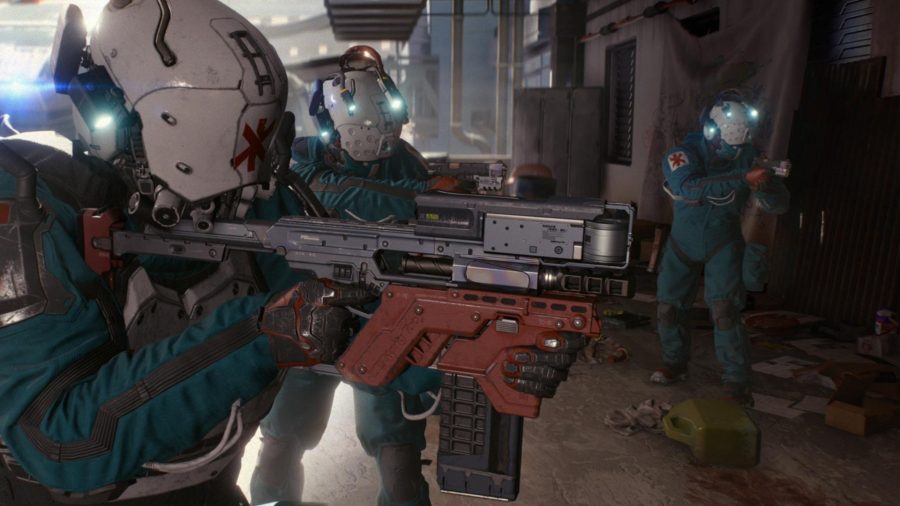 You’ll be able to customise your weapon, including both the appearance and the way it behaves, whether that’s by swapping out modules or applying upgrades such as scopes or silencers. Cyberpunk 2077 weapons can be enhanced, especially by players becoming proficient in a certain weapon type or using a specific gun. Here are the Cyberpunk 2077 weapon stats:

Hellbound review – a brief bloodletter to Doom and Quake

What’s New on Tubi: Here’s Everything Coming to Tubi in August 2020