A couple of weeks ago we at PC Invasion got a chance to sit down and check out the ambitious MMORPG, Dual Universe. Specifically, we witnessed some of the newly revealed PvP portion of the game. We were joined by Jean-Christopher Baillie, the CEO and creative director at developer Novaquark, as well as Baptiste Agati, one of the game’s designers.

Dual Universe, at its core, is an MMORPG in a sci-fi setting with multiple planets and very large worlds. What truly separates it from others though is that all players are connected to one world, one reality. This took some seriously heavy new tech to implement, but it gives players the chance to create whole new, entirely connected civilizations. The world is always present and never resets in one cohesive universe. 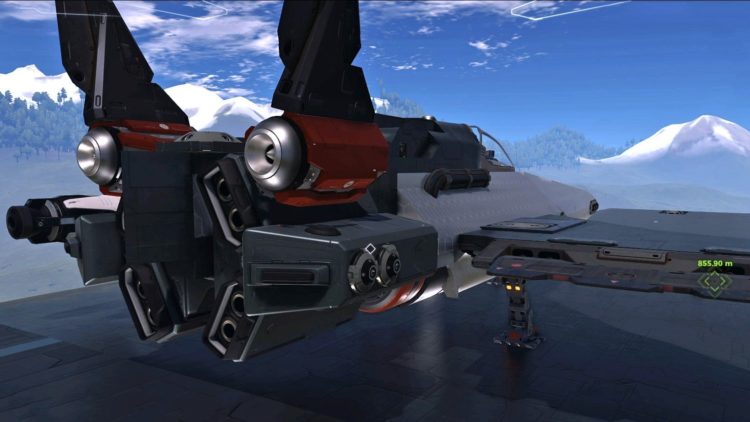 There is a large crafting element involved in the game, but Dual Universe takes it a step above its contemporaries with the level of control and freedom players have with which to build. The entire world is editable, and players can hunt for materials literally anywhere. You will be able to drop down a special cube — wherever you choose — that creates a field in which you can create. Lights, doors, engines (essentially for crafting vehicles), we were shown entire cities made from the ground up using the in-game tools.

Objects can also be linked together. For a very simple example, you can link a button to a door so that the door will open when the button is pressed. Linking objects can also become much more advanced, as we saw in the combat demonstration shortly after.

We were shown different weapons available to the player and everything was in scale. Railguns, missile launchers, lasers, and cannons were shown off and they came in four different sizes. That being small, medium, large, and extra-large for lots of bang. Small being something that would go on, say a tank, and extra-large being something affixed to a massive battleship.

There were also a plethora of vehicle types, some familiar to sci-fi fans. Small tanks looked about as big as they would in real life, but battleships were more akin to Star Destroyers from Star Wars. We were even shown fighter jets similar to real-life jet engines, and some that looked similar to X-Wings. 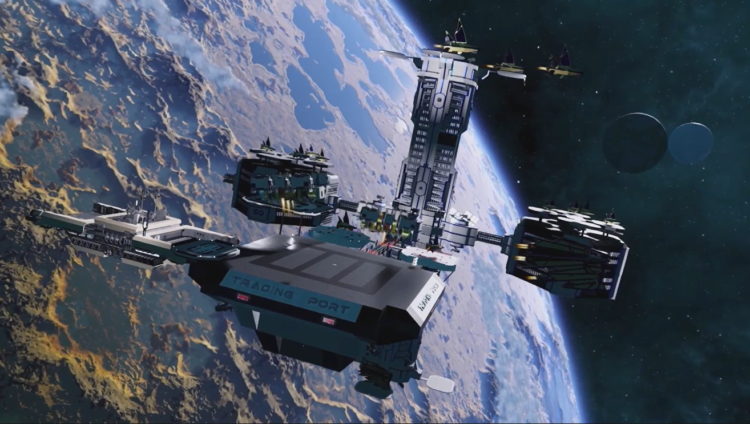 Strategy before, during, and after battle

Weapons will all have their own strengths and weaknesses. Missile launches are great at dealing heavy damage very quickly from up close. But they have a short-range and are slow to reload. Great for surprise attacks to quickly eliminate an enemy ship, surely, but not great if that ship happens to survive and rounds on you.

Another unique element to Dual Universe is the lack of traditional health bars. Weapons deal damage in real-time in actual physical ways on ships. Ship hulls get spotted with holes, which will have to be dealt with before the vehicle is destroyed. There are also different elements that ships are made off that have different strengths and weaknesses. A ship hull that is resistant to kinetic firepower will be strong against bullets and traditional munitions, but weak against something like lasers.

On ships, gunners will occupy the aptly named “Gunner Seat” to man the battle stations. This lets players interact with a ship’s weapons and radar. Radar is linked to the seat and is how you can see enemies to fire on them. Without radar, you won’t be able to shoot at anything — and radar can be damaged in combat. Ammo containers are also linked to weapons, and are not finite. When empty, these containers will need to be replaced or refilled. 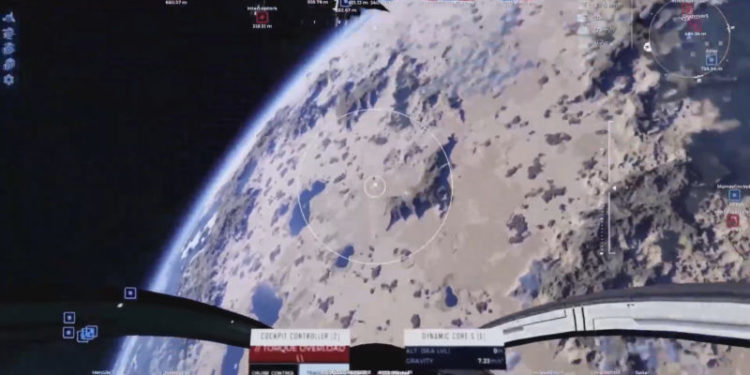 Get your crew together

Each player character will have a time-based progression system called “talents.” Said talents affect your in-game skills and interactions with different elements. They can unlock upgrades for things like better weapons, stronger radar, etc.

We were shown a small skirmish between two sides — each with a giant mothership, a medium gunship, and a handful of small fighter jets. Normally a battle of this scale in Dual Universe would involve anywhere from 20 to 30 players. But for this demo, we saw about four players on each side. However, we were told that it could take a normal group of players weeks to assemble a fleet of this scope considering the necessary manpower.

Each player also takes on specific roles. A pilot commands the craft, using their in-game talent progression as well as individual flying skills. A gunner occupies the aforementioned gunner seat and handles weapon duties. Gunners also use the radar to identify enemies, which takes time and must be taken into consideration when battling.

There are also helpful roles you can take. The mechanic (or mechanics) repair ships and uses the cubes previously mentioned to cover holes in the ships hull. Ammo transporters have the very simple but very essential job of refilling/replacing the ammo containers. The roles should make battles feel like you are but one part of a giant team, composed of people each doing their own job to succeed. 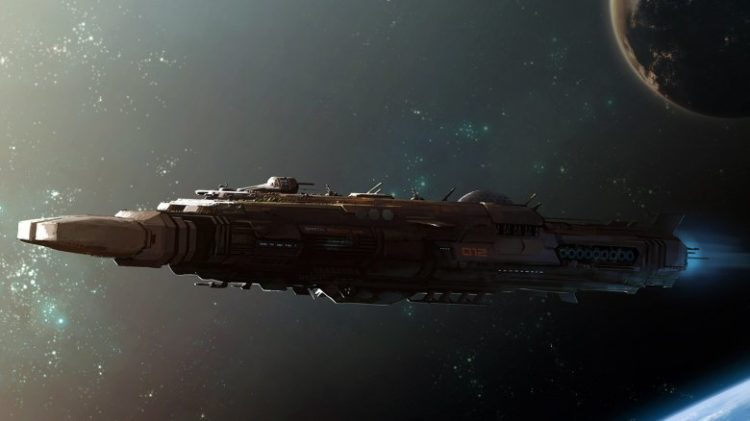 The battles in Dual Universe look impressive so far. We saw the battleship completely decimate a medium-sized gunship in a matter of minutes, turning the hull into confetti. A dogfight between two fighter jets got hectic, with one taking damage to its engine and having to attempt to get back to the battleship for repairs.

Everything must be considered in battles — even the angle weapons are pointed. Weapons can’t really move, so they must be strategically placed on ships to best utilize their specific cone of vision. Battleships often came equipped with lasers or turrets on the back and side to defend itself from incoming fighters. For example, we saw a fighter circling a battleship peppering it with tiny hits as the large cannons were unable to target it, much like the opening space battle from Star Wars: The Last Jedi.

When it became clear what side was victorious, the losing side sounded off their “retreat horn.” Battleships were abandoned as they rocketed away from the battle. Afterward, the winning side can do what they please with the spoils of victory. You can scrap ships for parts or, even better, capture the “core unit” on the battleship to add it to your own fleet — after making the needed repairs, naturally.

Fight whoever, whenever, however

The team is also working on “territory warfare,” involving planetside ground-based combat. This is where players can capture areas from their enemies to control the surrounding area. Also, of course, there is “avatar versus avatar” combat planned as well. The team plans to give players more options to be sneaky as well, like blasting open doors or going under or above structures for more tactical approaches.

Overall Dual Universe looks ready to provide an unheard-of level of customization and freedom to players to rule their worlds, and conquer others, as they see fit. The game is still in development, and still in Alpha testing — but more will be planned for the future. You can find out when those tests will happen by signing up for alerts on the website.