Announced this morning, we now know a ton about EA Sports UFC 4’s various improvements. From gameplay overhauls to upgraded modes, fans have a lot to be optimistic about as we speed toward the release date next month. One thing that isn’t making the jump to UFC 4, however, is the divisive Ultimate Team mode.

Ultimate Team is a mode that exists across nearly all EA Sports titles, from Madden to FIFA. In the mode, players can earn or purchase packs of cards to improve their teams. In EA Sports UFC 3, the mode let you build a team of fighters with obtained cards granting them new and better moves to use in fights. The mode is widely criticized across all of EA Sports’ titles for its reliance on microtransactions and luck-based acquisition mechanics. According to creative director Brian Hayes, the mode just didn’t receive the engagement the team hoped for, and therefore the resources were reallocated to things such as the new Connected Player Profile, where every activity you do in UFC 4 nets you experience and rewards like fighter customization items, profile icons, and more. 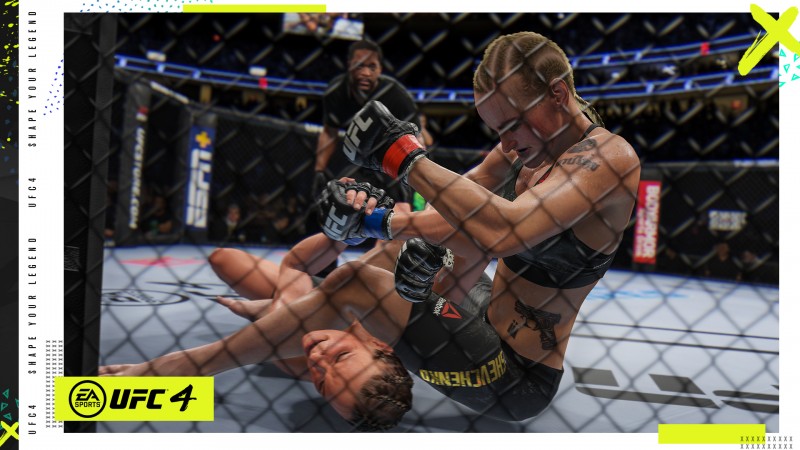 “It’s just not something that ever really jelled well in a 1v1 fighting game quite as much,” Hayes says. “We decided to take the resources that we would have invested in trying to keep building and altering the experience and a lot of those shifted to the Connected Player Profile, earning rewards there and leveling up your global player profile. There’s also a challenge system with daily challenges and mode-specific challenges. There’s always something I can go in and do like ‘complete a gameplay challenge in career, Blitz Battles, Fight Now… and by completing challenges, you earn more XP for your profile and earn more in-game rewards. That’s opposed to having Ultimate Team, which is like a walled garden where there’s progression there that only applies to Ultimate Team. We tried to create a system where there is a progression system across the entire game that rewards every user no matter what mode they’re playing.”

EA Sports UFC 4 launches on August 14 for PlayStation 4 and Xbox One. For a more in-depth look at the modes and improvements brought by UFC 4, check out our extensive preview.

How To Register For the Free Fire Advance Server

Trials of Mana Review – Fun But Faithful To A Fault