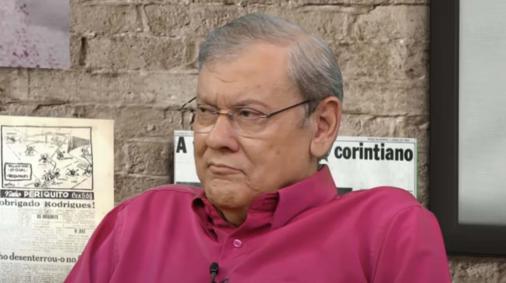 sports presenter, Milton Neves stated that he had R$17 million stolen from his accounts by a former employee who took care of his savings. The report was made on Friday during the Band’s ‘Best of the Afternoon’ program.

The commander of the ‘Third Time’ said he left ‘a vampire to take care of his blood bank’ and reported that he gave the man a job after appeals from an acquaintance, as he was unemployed.

– I was the godfather of his class, son of a colleague of mine. He was unemployed, and his mother looked for a cousin of mine. We got a job, I put a vampire to take care of my blood bank, so he stole it slowly – he said.

+ see 60 players from Brazil who can already sign pre-contract

– Often, I had R$ 300 thousand to pay tax, the whole deal, and I signed. He was stealing from me all these years – said the journalist, who still suffered credit card losses.

– It was hell in my life, it was a lot of money, I didn’t even count. I believed in this guy. When I sent him away. I called the accountant, who said he was entitled to receive R$900,000. I gave R$ 1.5 million. Then I sent him away for just cause. He was a quiet thief – he lamented.

Father of a Brazilian who went to fight in the War in Ukraine receives information about his son’s death: ‘we are in shock’