Independent studio Netmin games publish their 20-21 season update in their sports management hit Hockey manager on Steam today. The update will be free for each user who purchased the original version of the game.

In Hockey Manager, you can run any club in America and Europe – or create a new one using the editor -, control its finances, train its players, and manage transfers, sponsors and merchandising.

The new update contains full data for the 2020-2021 season, including images and sponsors, in addition to other major improvements such as easier transfers and player search. Other than that, the developer included a lot more 3D game scenes, the amount almost doubled. 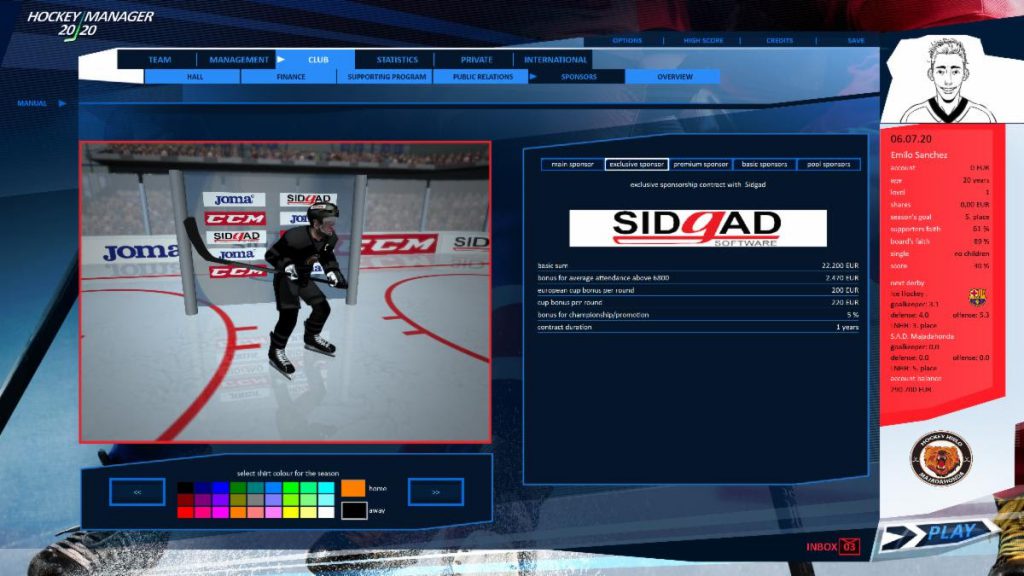