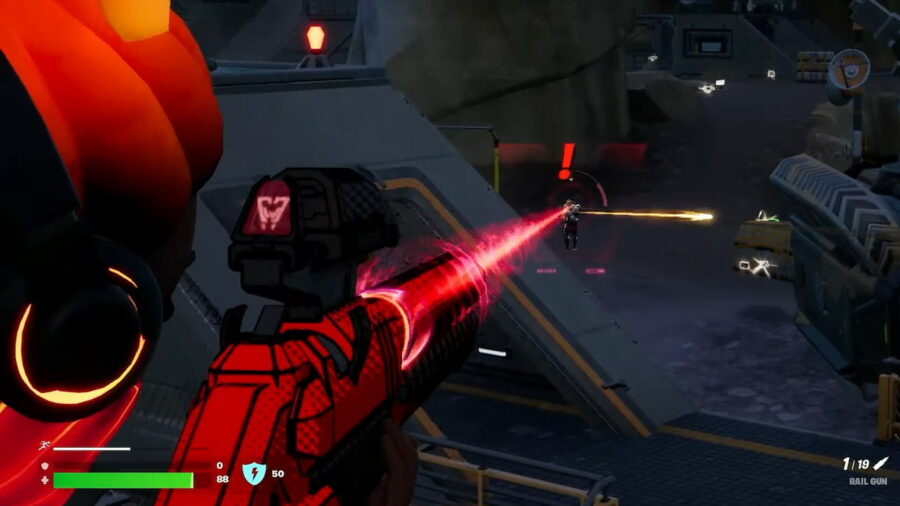 The Rail Gun and the Recon Scanner are no strangers to Fortnite players, having made their appearance back in Chapter 2 Season 7. Now, they have been unvaulted, and players get to welcome them back by completing a bunch of new challenges. The Rail Gun Recon Quests in Fortnite Chapter 3 Season 2 require the players to scan enemies with the Recon Scanner and deal damage using the Rail Gun to complete challenges and gain substantial amounts of XP.

What are the Recon Scanner and Rail Gun in Fortnite?

The Recon Scanner is a utility item that shoots a projectile and reveals enemy locations in a certain radius, while the Rail Gun is a powerful rifle that charges up before firing, and can even penetrate walls to deal damage to enemies. Completing all the challenges in this questline will grant the player a whopping 125,000 XP, so hurry up and get cracking!

Related: Start and End Dates for All Fortnite Seasons

The Rail Gun and Recon Scanner have been unvaulted, and as a result, they can be found all over the map inside chests or as ground loot. To improve your chances of finding them, land in hotspot POIs with lots of buildings, where you will find more chests. POIs under the control of the IO are also good locations to find these items. A fun tip—trying smashing up the foundations of a building with a IO Tank or the Battle Bus. This will make the building disappear and drop all the loot inside it on the ground.

Wondering which are the most uncommon emotes in Fortnite? Check out Fortnite Rarest Emotes (May 2022) – Rare Dances!, here on Pro Game Guides.