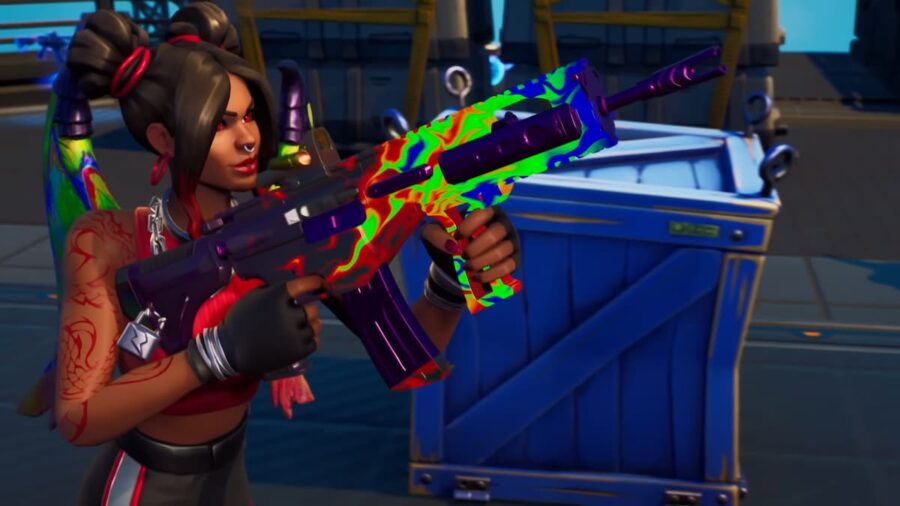 Summer is here, and so is Fortnite’s summer-themed Island Hopper series of quests and challenges. Players need to participate in six different mini games featured under the Discover tab and complete challenges in-game to finish the quest. Doing so will grant the player free rewards, like a brand-new pickaxe and a backpack bling!

The Quests consists of six different challenges from six featured mini games, which include everything from prop hunt to color dash to survival. The quest is a great opportunity to take a break from the usual Battle Royale format in Fortnite and gain tons of XP and in-game rewards in the process. The following are all the games and challenges in the Island Hopper series and how you can complete them.

All Island Hopper Quests and Challenges in Fortnite

As mentioned, there are six mini games you have to participate in and complete challenges for. Here are all the mini games in the Island Hopper questline:

One Trigger is a survival game where players need to strive to survive for 100 days in the sky and defeat the main boss. To complete this quest, collect at least 3000 resources in total. Remember, collecting resources is the main goal, so keep hitting the metal device on the platform with your pickaxe to collect as much as possible!

In Color Dash, you must drive your car to the designated color block in time or otherwise face elimination. In order to complete the quest to earn four achievements, players simply need to take part in Color Dash and win at least one match. Players can check the achievements board in-game to check for other achievements to unlock.

Ultimate Murder Mystery assigns players to the roles of Sheriff, Hunter, or Innocent. The rules is for the Innocents to stay alive while the Sheriff finds out who the hunter is and eliminates them before the Hunter eliminates the Innocents. To complete this quest, we need to either collect 50 coins or get five melee eliminations. Getting gold is far easier than getting melee kills, so we suggest collecting 50 coins. Make sure to always open the daily reward chest on the map to gain 25 coins instantly.

Completing all six quests in the Island Hopper series will grant the player exclusive in-game rewards like a new pickaxe and a backpack bling. It also includes emotes, sprays, stickers, and wraps. The following are all the rewards you will receive for completing the Island Hopper Quest.

Looking for more Fortnite skins to drool over? Check out the Sexiest Fortnite Skins, right here on pro Game Guides.

Struggling to have something to eat, elderly woman cries in a live interview and brings reporter to tears

Canada bans single-use plastics such as bags and cutlery