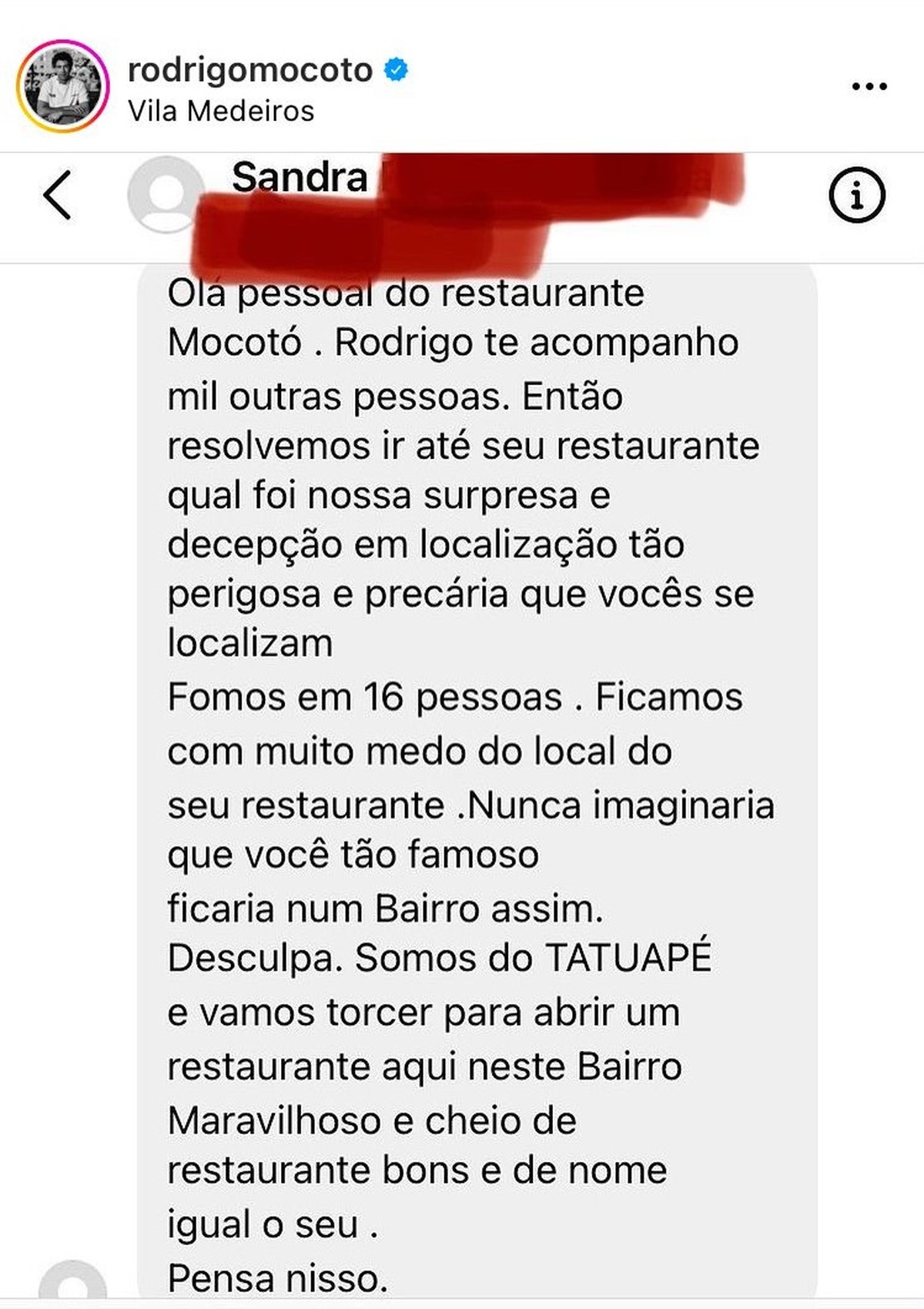 Chef Rodrigo Oliveira, from the restaurant “Mocotó”, specialized in Northeastern food, countered a criticism made by a customer about the location of the space: “dangerous and precarious”. The restaurant is located in Vila Medeiros, a neighborhood in the North Zone of São Paulo.

In a message on a social network, the woman said that she went to the place with 16 people, but that they were “very afraid” of the place. “I would never have imagined that you would be so famous in a neighborhood like this”, said the client, who claimed to be from Tatuapé, in the East Zone of the city.

“Let’s hope to open a restaurant here in this wonderful neighborhood full of good restaurants with names like yours. Think about it”, she added.

The chef posted the comment on his Instagram page and countered the criticism. “It is precisely because there are people who still think like you that we continue to live and do business in Vila Medeiros. So, who knows, maybe one day our neighborhood will be (even more!) full of businesses and opportunities for the people who live here”.

Chef de cuisine at ‘Mocotó’ responds to customer criticism about the location of a restaurant in the North Zone of SP — Photo: Reproduction

The post went viral and received over 12,000 comments, with many people supporting Rodrigo’s response. “Long live Mocotó and Vila Medeiros”, “congratulations for the posture” and “it can’t be true”, were some of the responses.

“Worse than prejudice is the fact that people feel free to write these barbarities,” said another comment on the chef’s post.

Mocotó is a traditional restaurant in the North Zone of the city. The place was founded about 50 years ago by Rodrigo’s father, José Oliveira de Almeida, a native of Pernambuco, and attracts customers from all regions of São Paulo. 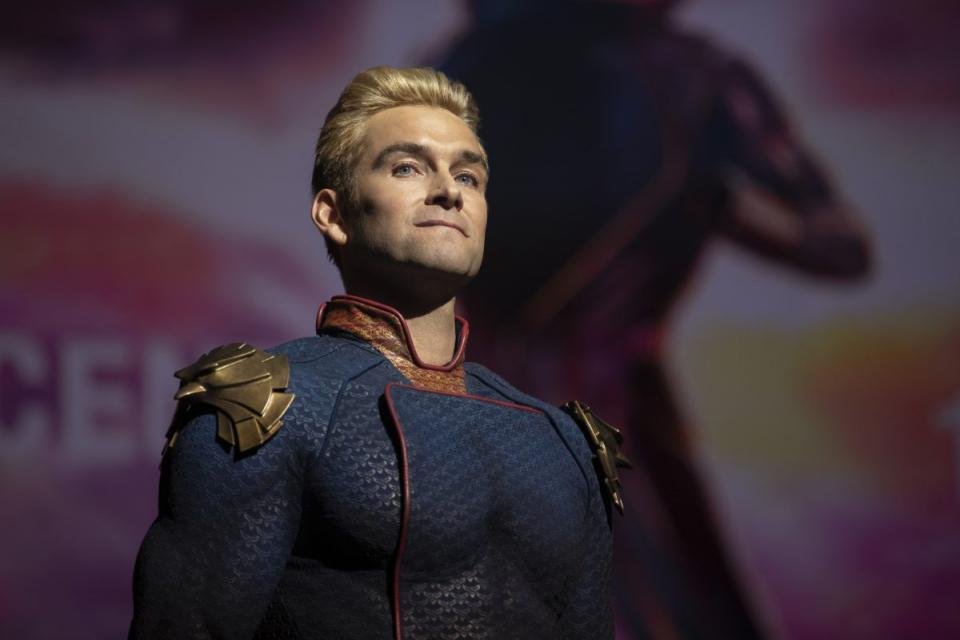 Image: Prime Video/Disclosure Based on the comics by Garth Ennis and Darick Robertson, the boys …

Where to find the Ripsaw Launcher in Fortnite?