Radio Commander is one of the strangest, most interesting strategy games I’ve seen in a while. Your goal here is to lead US platoons into battle against the Vietcong by issuing commands to them via radio.

The challenge stems from not actually being present on the battlefield, meaning you’ll have to rely on your soldiers’ voice reports and what little info is available to you. Keeping track of the escalating action can seemingly turn tricky in no time flat, and you’ll have to make a series of hard decisions as you progress through the narrative-driven campaign.

Some of these will have long-term consequences that will alter the course of the game’s story, with your men living or dying based on your actions. And you won’t just be in charge of infantrymen – there are also air, cavalry, and field artillery units to care for and command.

Outside of the immediate battles, you’ll have to take your men’s supplies, stamina, and moral into consideration. Over time, you’ll get to know each troop, with hundreds of lines of dialogue helping to give them some added personality.

Once you’ve received a report, you can turn to your strategic map and scribble down some notes. If everything goes to pot, it’s time to call in the evac chopper and get your men out of there. 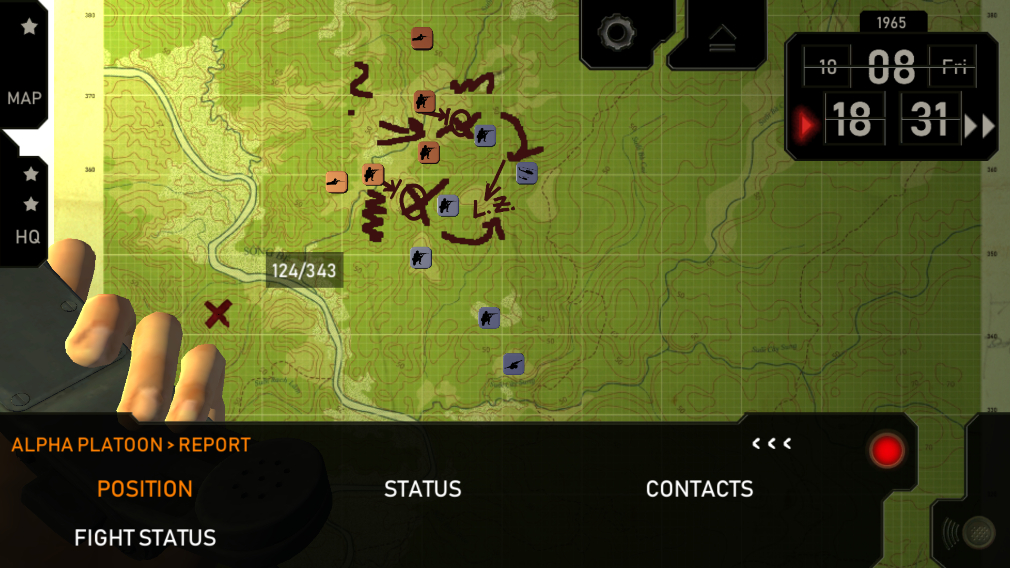 The game appears to present the Vietnam war as a chaotic and ugly conflict fraught with shady CIA dealings and gross politics. It’s said to have taken inspiration from the likes of Platoon, Apocalypse Now, and Full Metal Jacket.

If you’re a fan of the genre and are looking for something a little different, it definitely sounds like Radio Commander will be worth a look when it lands on iOS and Android on July 30th.

Searching for the best strategy games around? Here are 25 of our favourites for iPhone & iPad