The sting of another death fades as I attempt to shake off my nerves. I’m preparing to clash with a Sanguimancer I’ve tried to slay a dozen times. Maybe I’ll learn something new as I dash back into the fray, though I’ve been down this path many times on prior hunts, and I know I’m more likely to survive on sheer luck than anything else. Salt and Sacrifice often leaves me lacking a feeling of accomplishment and, in the process, sullies the promising additions like its bounties and crafting systems.

After choosing a class from a handful of options and customizing my gloomy marionette-like character, I venture into an unwinnable encounter with a devastating beast and perish as quickly as I assumed. Here Salt and Sacrifice shows it wears its Dark Souls influence on its sleeve. An herbalist uses mystical arts to revive my avatar, who is now a “Spellmarked” being that’s not quite living or dead, but somewhere in-between. Those that restored me with this dark magic are Marked Inquisitors, who work in the name of their king to hunt mages and destroy them by consuming their hearts. 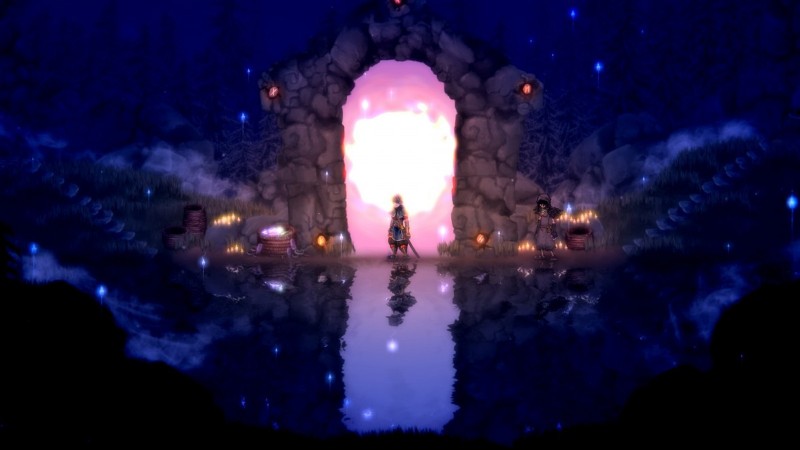 Using a runic portal in the Inquisitor settlement transports me to any locations where I know the runic words travel. The damp and deciduous Ashborne Village, dry and ruinous Bol Gerahn, and the frozen highlands of Dreadstone Peak are just a few of the destinations Marked Inquisitors can explore in search of Mages. While there are but a handful of locations, they are expansive. There are plenty of caves and enclaves to discover, and vertical landscapes to platform through. These lands are where I also cut my teeth in battle, hacking and slashing the various trolls, spiders, and wolves that dared get in my way. If you choose other classes than my Highblade, you swing a thunderous hammers, crack a deadly whip, or cast arcane spells at your enemies instead.

I enjoyed learning the ins and outs of each locale, such as where my prey would most likely appear and which plants I could harvest for precious healing items. Key areas are gated by doors requiring several mage hearts to open, or an object is needed like a grappling hook or a parachute-like cloth to soar to unreachable platforms. Stepping foot in a new and likely treacherous place is always exciting and became a highlight of my time with Salt and Sacrifice, and even made the required mage boss fights easier to swallow.

The mages that Marked Inquisitors hunt were once ordinary people until they took their magics too far. They’ve become monstrosities embodying whatever element they specialize in, like pyromancy, venomancy, or chronomancy, and each poses a considerable threat to the player. Embarking on a hunt tasks an Inquisitor to track these monstrous mages and slay the minions it summons before the boss whisks away to another area. The process repeats until the mage settles in a final battle arena, where their hearts can be consumed and their power removed for good. 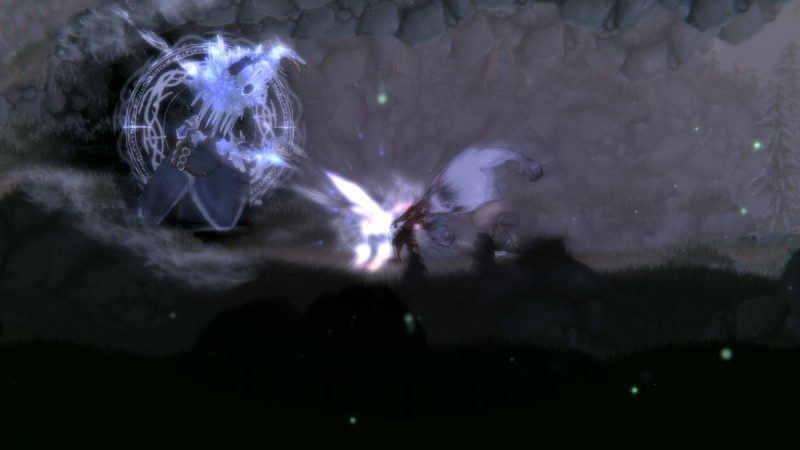 Mage hunts are the centerpiece of the Salt and Sacrifice experience but are wildly annoying in most cases. I’ve found myself properly leveled and geared up, with my armor and weapons upgraded, and I still end up getting caught repeatedly by minions who stun-lock me into oblivion or blast me off a cliff to my death. Against the mages themselves, fights consist of bafflingly strong attacks with uninteresting patterns from the towering threats, which will take a majority, if not all, of my life in a single hit. I’m all for punishing bosses and challenging encounters, but mages are usually a snore to learn the patterns of, and their cheap shots cause an abundance of frustration.

Besting a mage and consuming its heart grants a motherlode of items that can be crafted into armor and weapons representative of that mage and its elements – physical, fire, cold, light, dark, and/or poison. Mages can be found outside hunting quests as well, allowing for more materials to be gathered to craft an entire set of gear. I’ve enjoyed tracking specific targets to land ingredients to create the next set of equipment I needed to make another fight bearable with proper elemental defenses. However, I am unable to use most of those hard-earned weapons and armor without a severe penalty due to my character build.

Salt and Sacrifice’s progression systems are unintuitive and limit any flexibility enabled by crafting new equipment by locking the use of gear in the skill web. Leveling my character with the salt dropped from enemies grants a meager HP boost and Black Starstone, a currency to unlock nodes on the Tree of Skill. Some skills can be used to pump up specific stats while others unlock the use of weapons and armor and their subsequent quality tiers. So, while I went deep into the Highblade weapon and dexterity stat path early on, I was unable to use any of the armor upgrades I had built without exploring other segments of the skill tree to allow me to wear that tier of armor effectively. And to use the flame-imbuing special move of my preferred katana requires me to contribute to one of two magical paths of the web. Many times, I’ll want to try out the different weapon and armor combinations I’ve collected ingredients for and crafted, but the restrictions in place make that obtuse and difficult to do so freely. Though, when I am prepared with the proper gear and skill tree unlocks, a mage’s attack may end up killing me instantly, making it a moot point anyway.

I want to like Salt and Sacrifice, and in some stretches, I do. I enjoyed exploring the world, concepts of hunting and crafting, and the moody atmosphere, which kept me continuing for dozens of hours. But its clunky progression systems and many maddening enemy encounters quickly make the fun times easy to forget.