The big July update for Sea of Thieves is nearly here, but not quite as soon as originally planned. After setting the Sea of Thieves Ashen Winds release time for the usual Wednesday morning, Rare has announced that the update is delayed – though whether that delay is a matter of hours or days remains to be seen.

Sea of Thieves’ Ashen Winds update was originally scheduled to launch following a few hours of maintenance starting on July 22 at 2:00 PDT / 5:00 EDT / 10:00 BST, but that maintenance window has now been delayed. Rare says on Twitter that “we’ll let you know as soon as we’ve locked down revised launch timing for the Ashen Winds content update.”

Players have noted a number of server issues in Sea of Thieves over the past few days, including rewards and commendations not properly unlocking when they should. Rare says that it’s “still actively looking into this incident”, but it’s likely these issues are at least partly responsible for the Ashen Winds delay.

Ashen Winds was first announced for a July 22 release as part of the most recent developer update video, which you can see below. We haven’t got many details on the new update yet, but it will feature a new skull you can either sell up front or use as a straight-up flamethrower. (As always, however, Insider players have gotten an early, NDA’d look at the new content already.) 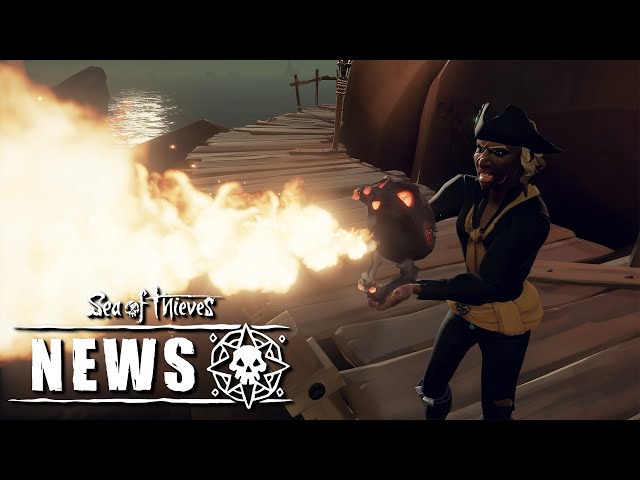 For more pirate games as you await the debut of Ashen Winds, you can follow that link.