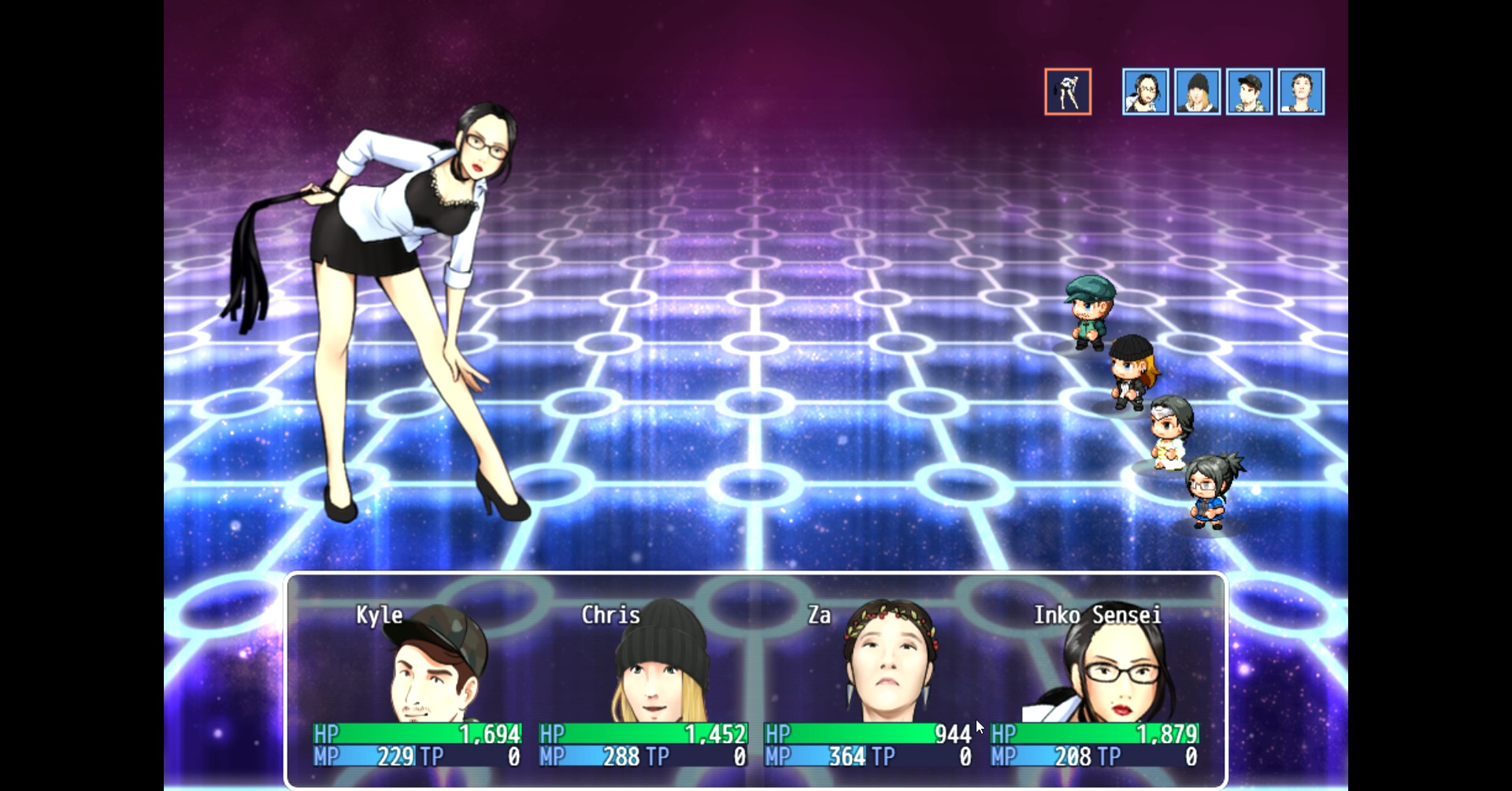 A strange RPG experience has emerged with indie developer Guilherme Martins. This unique retro-style RPG takes a unique take on the JRPG genre and then releases it for free. The RPG Benza takes players on a unique adventure based on the hit Japanese television series: The Benza.

This is a comedic take on the bizarre adventure as players embark on an epic quest across multiple locations. In The RPG Benza, players strive to free Higqashi Nakano from Inko Sensei’s evil shadow magic spells. This takes them on a unique retro RPG adventure that leaves its end entirely in the hands of the player.

Take control of Chris and Kyle as they explore a world filled with nostalgic graphics. The unique blend of modern effects, voice acting and more creates a bizarre adventure that is sure to delight fans of anime, Japan and indie.

The release version of the title features 9 playable characters from the TV series The Benza. To make it even more authentic, it features over 280 lines recorded by the actual cast of the series and features a virtual Higashi Nakano for characters to explore, giving fans a realistic view of the TV’s location.

On the music side, this game features 29 songs from various artists and 6 songs performed by the main cast. Whether you’re a fan of The Benza or just learning it, it’s never too early to dive into the depths of strange Japanese television.

The combat system of this game includes a screen counter. It plays like a classic JRPG, but brings additional UI support in an effort to help non-gamers experience this title. The accessibility between continuous support and the free-to-play model makes this title easy to download and play.

With such a large cast, the game must compensate by allowing players to swap characters at any time. Customize a team, gift them with unique gear, and get ready for a Benza adventure like no other.

The dialogue written in the game comes from series creator Christopher McCombs. It’s an authentic Benza experience that anyone can enjoy, whether they’re a fan of the series or just looking for some new JRPG action.

As for age, this game is suitable for most ages. Although this is a JRPG, keep in mind that Japanese social standards are slightly less stringent than US standards. This means that some potentially offensive content could appear in the title without offensive intent.

The RPG Benza is available for free on Steam and iOS devices. Simply download the title and get ready to dive into a new epic and weird adventure.

The Games That Helped Me Cope With Quarantine