Looking for the parkour games on PC? Walls suck. Sorry, we said it, walls are the worst. We would far prefer a world where we could just walk straight to our destination without having to navigate around buildings and houses – yuck. There are plenty of action-adventure games that agree with us too you know? Many games these days allow us to traverse the world by scaling sheds, clambering over condos, and aggressively ascending architecture whenever it dares to get in our way. Frankly, that’s the way we want to live.

Well, why don’t we go out and do that in the real world instead of virtually? Well, in case you didn’t know, grazing your knees really hurts. Also, we quite like our ankles un-shattered and shoulders firmly in their sockets. That’s why we allow some gaming daredevils to do all the parkour for us.

Freerunning across a map, soaring over those darn walls feels, and throwing in some neat-looking twirls and flips in a virtual space is what we’re all about. So, we’re here to highlight some of the best parkour games you can play, if you hate walls and like your ankles as much as we do.

Here are the best PC parkour games you can play: 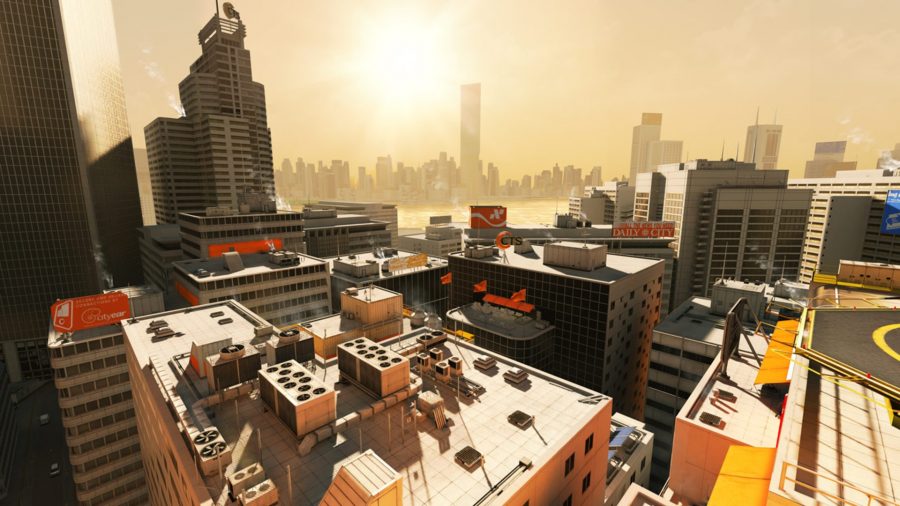 Mirror’s Edge may be the name when you think about a parkour game. The seamless first-person freerunning, the tale of battling against a corrupt Orwellian power, and the pristine cityscape Mirror’s Edge has the lot. Although the game came out all the way back in 2009, it almost looks as if it hasn’t aged a day with its clean art direction, and some of the best parkour mechanics in any game you could play. The story is simple – an apparently utopian city has an overbearing regime pulling the strings and Runners are the ones leading the resistance. Faith has a target on her back, a sister to rescue, and she’ll have to do a lot of very fancy running to find out the truth.

Mirror’s Edge, of course, has the sequel Mirror’s Edge Catalyst, but we’ve got a place in our heart for the original. You can try Mirror’s Edge through EA Play or through Steam. 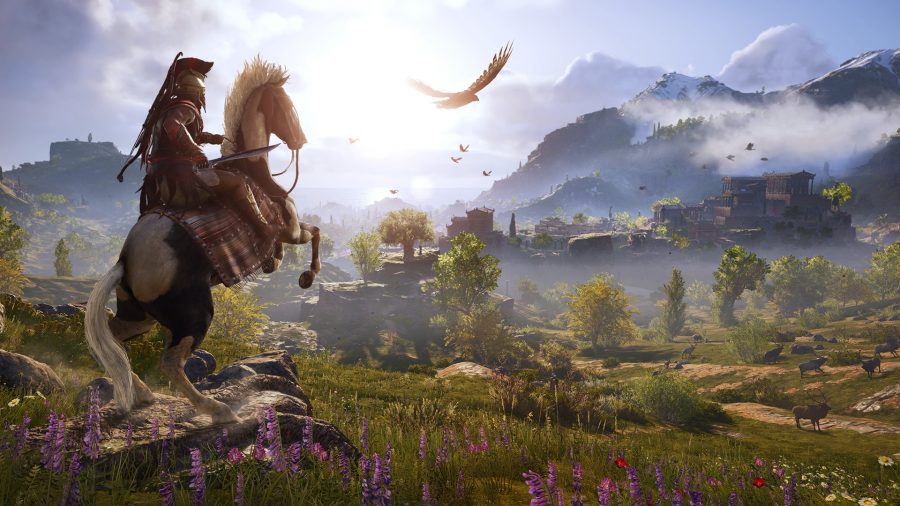 It’s really hard for us to talk about parkour without mentioning Assassin’s Creed. The series travels through time and space so we get to experience eras from Ancient Egypt all the way to Victorian London. Each time there are new characters, new weapons, and new rules, but the one thing that stays the same is the parkour. Over the years Ubisoft has tweaked its freerunning to near-perfection, so only in very, very rare circumstances do you manage to accidentally steer your trained assassin off a ledge.

In every game, you’re encouraged to traverse the world through freerunning here, there, and everywhere while checking out the local history, and regularly interfering with a bad guy’s devious plan to steal apples and rule the world. To succeed in gathering information, or fighting your way to the top, your character must navigate the world’s architecture and landscape as creatively as possible, whether that’s to escape a pursuing guard or to find the perfect entry point for a stealthy assassination.

The latest game in the series is Assassin’s Creed Odyssey, which throws stealth out the window and opts for a far more direct, violent approach to your problems. We’ll just have to see if the next entry Valhalla encourages a little more tact. You can find all the Assassin’s Creed games on Steam or Uplay. 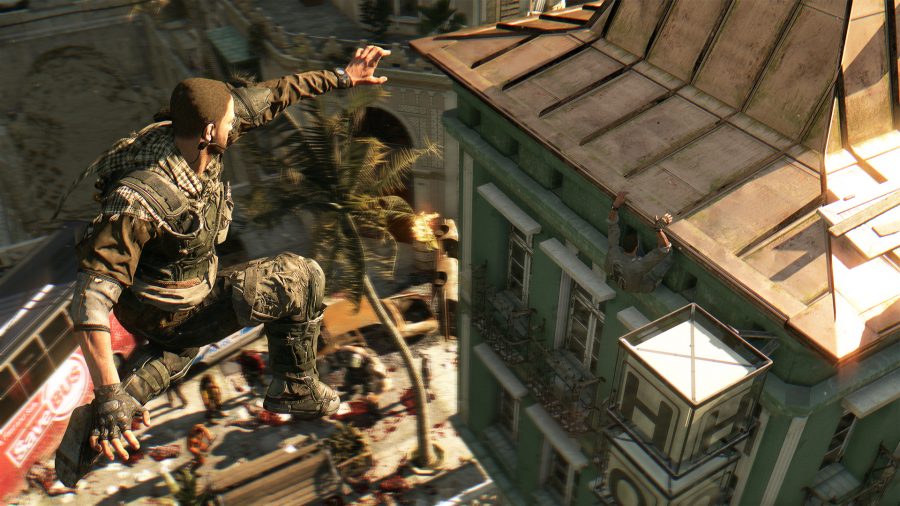 Parkour, by nature, is pretty death-defying and scary, so why not add in the undead, too? Dying Light takes parkour to the next level by sprinkling in an apocalypse where zombies now run the world and you, as Kyle Crane, need to help supply aid to your community so it survives. During the day, running from rooftop to rooftop is a piece of cake, but as the sun goes down the limping undead become powerful enemies who are far more capable of hunting you down, killing you, and gnawing at your corpse.

Eat your heart out: Best zombie games on PC

Every footstep matters in saving your life – time a jump wrong or leap into a hive of even more undead and you’re as good as zombie chow – and you’ll have to make some tough moral choices along the way, upping the stakes at any moment. Dying Light is so good, we can’t wait for the Dying Light 2 release date to throw us into the thick of it once again. 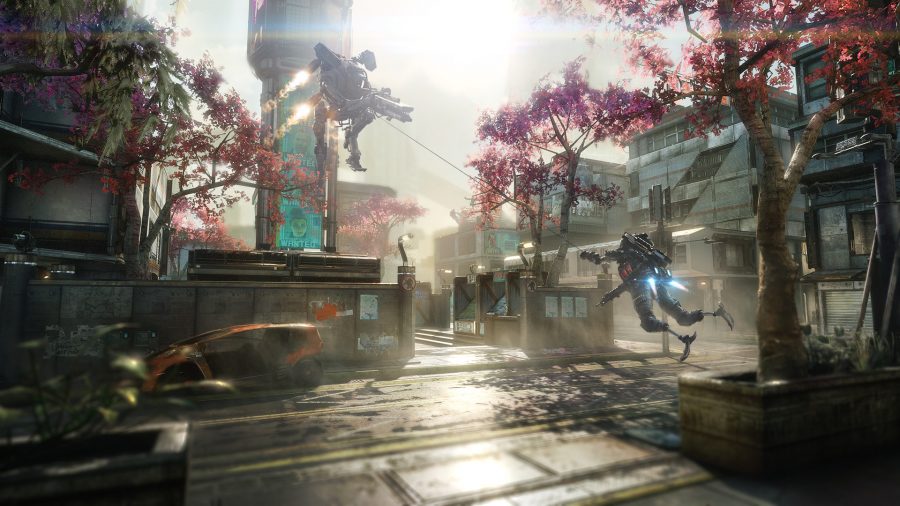 We’re not sure who thought of adding parkour to mech games, but we’d like to personally like to thank them. Titanfall 2 gives you hectic mechanised warfare and adds in freerunning for good measure so even the tiny pilots stand a small chance against war mechs.

If you’re already familiar with Apex Legends then Titanfall 2 is the stellar FPS that came before the hit battle royale game, so you can expect similar gunplay, slick movement, and styling – but even Octane can’t wall run as well as the pilots in Titanfall 2. The game’s multiplayer scene is still going strong, but the community has been hard at work perfecting the robust parkour mechanics in the years since it launched, so you can expect a steep learning curve upon arrival.

Regardless, the single-player campaign is among the best FPS games have to offer, so it’s well worth checking out if you love fast movement, robots, and clicking on heads. If you want to experience its electrifying combat, then you can get it on Steam. 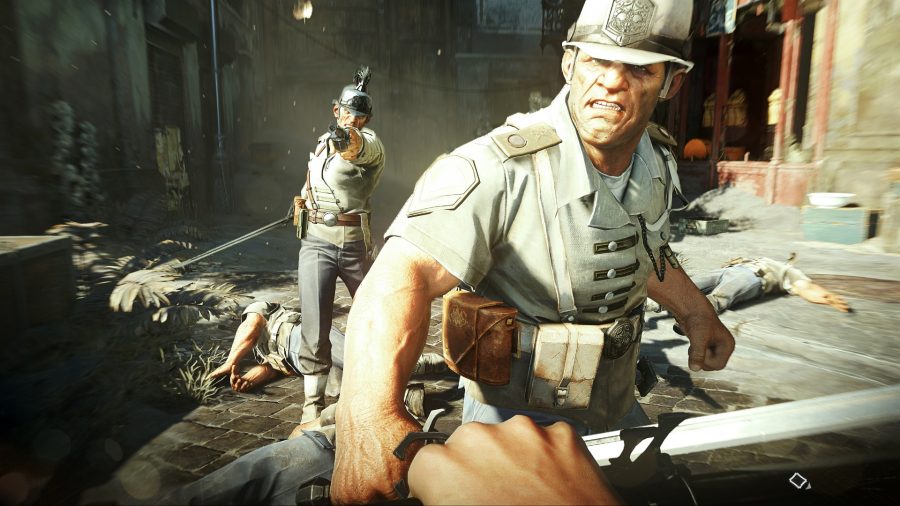 The Dishonored games are all about letting you choose between sneaking your way through its labyrinthine levels without harming (or even alerting) a soul, or slaying everything with a pulse. The game world will react depending on how many people you want to take down as you slaughter crooked politicians and ne’er-do-wells, filling your levels with more death, enemies, and variables for you to navigate the more chaos you sew.. Such fun.

Either way, you’ll want some parkour to help you out. From Dunwall to Karnaca, this harsh, steampunk world has all sorts of neat ways to negotiate yourself to where you need to be, and add some magic teleportation, and your manoeuvrability is unmatched. If you want blood, drama, and tension to come with your side of freerunning then you can buy Dishonored 2 on Steam. 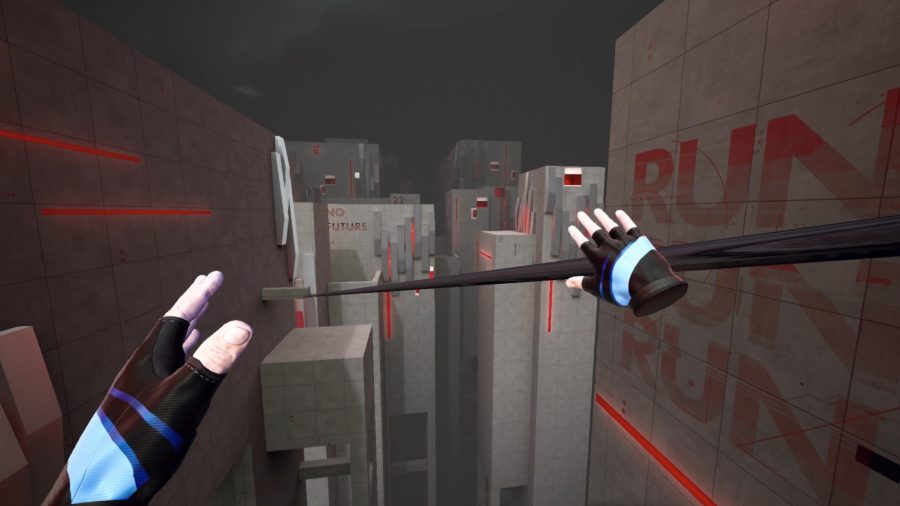 How about a little virtual reality parkour action? Stride is a VR parkour game, so be careful not to look down if you have vertigo. Where all of the other games on this list just ask you to press keys to climb up walls, in Stride your real arms are directly pulling you up ledges and helping you soar through a complex of obstacles.

Virtual insanity? Check out the best VR games on PC

Throw in some enemies and a little pew-pew action (your arms and the weapon) and you have yourself an exhilarating freerunning experience. You can get Stride on Steam. 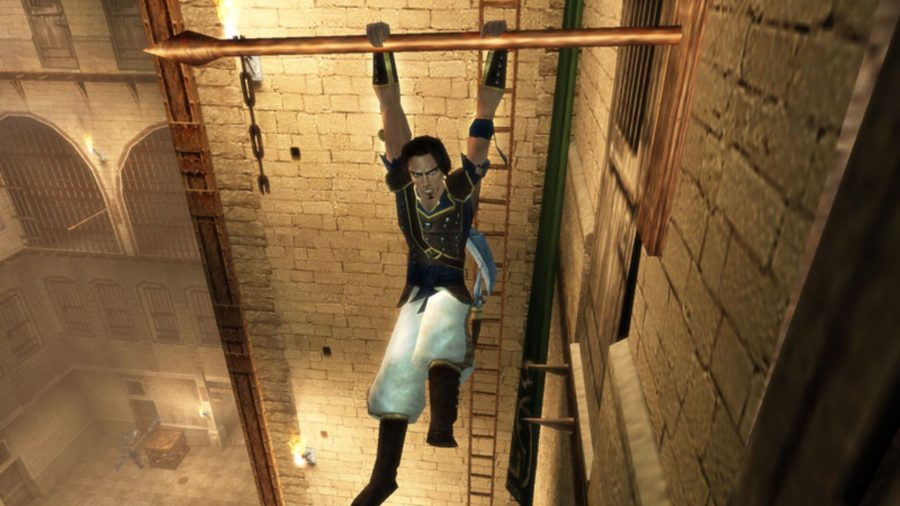 Prince of Persia: The Sands of Time

If we were all going to credit one game for popularising the idea of parkour in games, it has to be Ubisoft’s Prince of Persia: The Sands of Time. The 2003 classic took platforming games 3D and introduced many to the idea of vaulting and wall-running your way to victory and it continues to be a fan favourite – so loved that Ubisoft has announced a remake that will be coming to PC in January 2021. 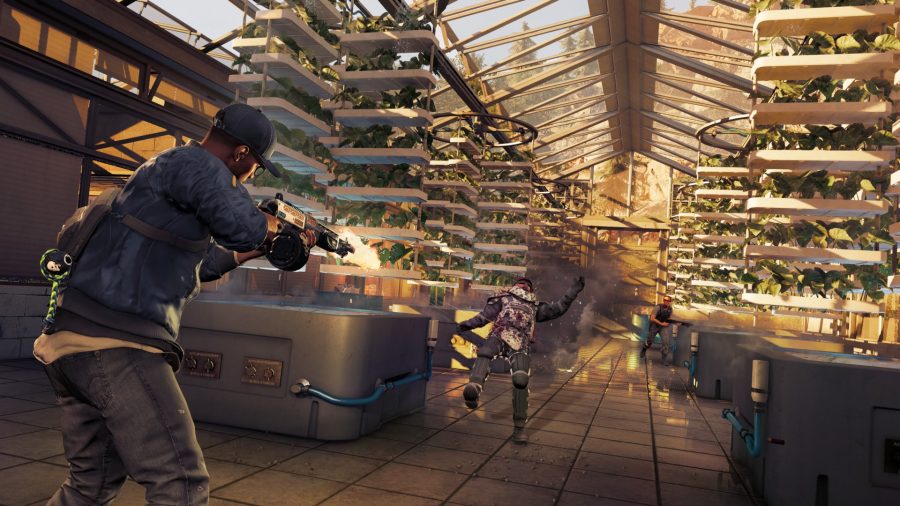 The Watch Dogs series isn’t, on the surface, about freerunning or parkour – it’s more like a Black Mirror episode about how far technology could infiltrate every part of our world and how that could be both terrifying and quite fun for those who can hack into it. To get your hacking gadgets into the right place, however, you’ll need a little parkour to help you on your way.

Watch Dogs 2 has perhaps the dullest parkour on this list, but also the most accurate to what parkour is like in real life. No magic, no endless climbing stamina, or zombies – just Marcus fighting for DedSec while clambering across a roof.

There are dozens of subtle details to Watch Dogs 2’s freerunning, for example, instead of performing an impossible ledge grapple and hauling his body weight up with Arnie-like upper body strength, Marcus will use momentum to hop up and off an adjacent wall and make the jump easier. You can grab the games on Steam or Uplay, or wait for the Watch Dogs Legion release date.

Those are all the best parkour games on PC! You’ll be leaping, flipping, and jumping for joy after you try them, and you’ll have also joined us in the fight against walls. What can we say? We enjoy stomping all over them.

Rainbow Six Siege’s new TS patch fixes a ton of bugs, but not the audio reverse one

Sony Confirms PlayStation 5 Is Not Backwards Compatible With PS3, PS2, And PS1 Games