Sometimes an indie game completely catches my attention. It’s not hard to figure out what it is about Timothy vs the Aliens  that piqued my curiosity, but a cutesy 3D platformer in black and white noir style, complete with an open environment, is an enticing prospect. The game launches on Steam today for $16.99 USD, and, honestly, it looks great. I’m always looking to scratch my ever-present 3D platformer itch, and so I checked the game out to see if it has the goods to grab onto the spotlight and refuse to let go. But the question stands: is Timothy vs the Aliens worth it?

Your goal is simple. You’re a noir detective-styled guy who was granted a magic playing card in his younger days. The card grants him the overused video game ability typically referred to as bullet time. The city is under attack by an alien menace. The mothership is piping in hordes of generic aliens and the title Timothy vs the Aliens blandly sums up what the focus is on. There’s no voice acting and not much story at all, but neither are particularly necessary for a game like this.

Timothy’s mission is to board the alien mothership and bring it down, but it’s protected by a forcefield. The only way in is to sneak into the sewers and blow a wall up with some dynamite to get around the forcefield. It doesn’t sound like it will take long, and rest assured, it doesn’t. Although Timothy vs the Aliens may not be priced like a super-budget title, it’s as long as one. The game might boast an open map, upgrades, and a few weapons to collect, but it has the amount of content you’d expect from a school project turned retail release.

Gameplay in Timothy vs the Aliens is broken up between navigation, platforming, and fighting. Timothy starts the game with a pistol that has infinite ammo, but soon gets access to a Tommy gun. A bit later, he can buy a shotgun and magnum. You really only need the Tommy gun, though. The shooting is fine, but the platforming itself is too floaty and doesn’t feel so hot. The map isn’t all that large either, although there are some upgrades to find while exploring it. Everything is rendered in black and white, save for Timothy’s ace and the aliens. 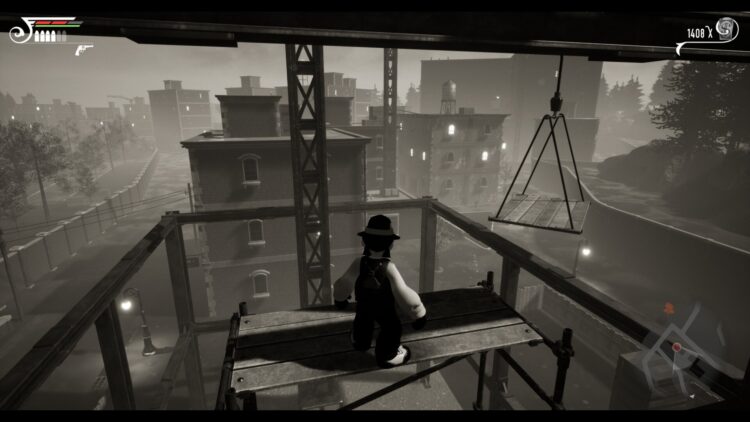 I saw just four types of alien in my time with the game. Tiny red ones that spawn far too frequently, large green ones, large red ones, and a miniboss type that you fight at the end of certain sections. The red aliens make exploring a bit of a pain, as you can often turn around and find that four of them are running at you. You can drive cars parked around the city, which is neat, but there simply isn’t enough to do to keep anyone busy for long. Floating cash is all over the place and can be spent on healing items, ammo, and weapons in a shop located in the sewers. Health increase pickups can also be found, but you only respawn with the first three units filled, which makes finding them less rewarding.

Surprisingly, Timothy vs the Aliens has a sharp presentation. The game nails the aesthetic that it’s going for and moves at a steady pace. But there are some serious frustrations. If Timothy falls into water or pits, he dies instantly and you’re taken back to the last checkpoint. Checkpoints aren’t placed well at all, especially on the mothership. The devs are seemingly fine with making you re-do long level sections for mistiming a single jump. There are a lot of things I like about this game, but it feels like it should have been greatly expanded on, as it almost feels like a demo teasing a full release. As it is, there isn’t enough here to justify the purchase price, so I can’t say it’s worth it. That being said, I think there’s some serious talent behind the game that could really do something special in the future. 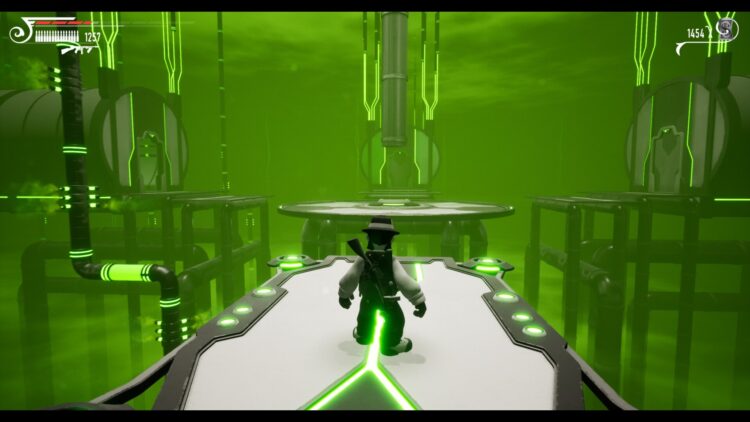