Veritas Entertainment has announced the launch of LVL, an upcoming esports and gaming venue in Berlin.

The company has also raised $10 million in funding from early-stage investor BITKRAFT Esports Ventures, along with participation from other additional angel investors. The investment will be used to build out LVL’s infrastructure, scale operations, and expand the venue to other cities.

We created LVL to fill a gap that currently exists in the landscape of physical gaming and esports venues. The esports ecosystem currently has large arenas and glorified internet cafés with a few PCs in them, but not a permanent facility where premium events can be hosted while also serving as a place to socialize with friends.

It’s not only a facility for professional teams to practice, but it’s a hub for entertainment, collaboration, and connection. After months of planning and construction, we’re thrilled to finally open the doors and welcome the public.

The LVL venue spans 26,000 sq ft across two floors, as one of the largest esports spaces in Europe. The facility features a full-stack production studio, virtual reality setup with Hologate, training rooms for esports teams, restaurant, LAN area, and more. Through a noise-canceling dome, LVL is able to host esports matches near the audience without any noise interference.

The Berlin LVL facility will also be the official home for G2 Esports, with the organization’s professional teams and content creators practicing from the venue. There will be dedicated practice areas for G2 Esports, along with community-driven locations for fans to interact with the team. 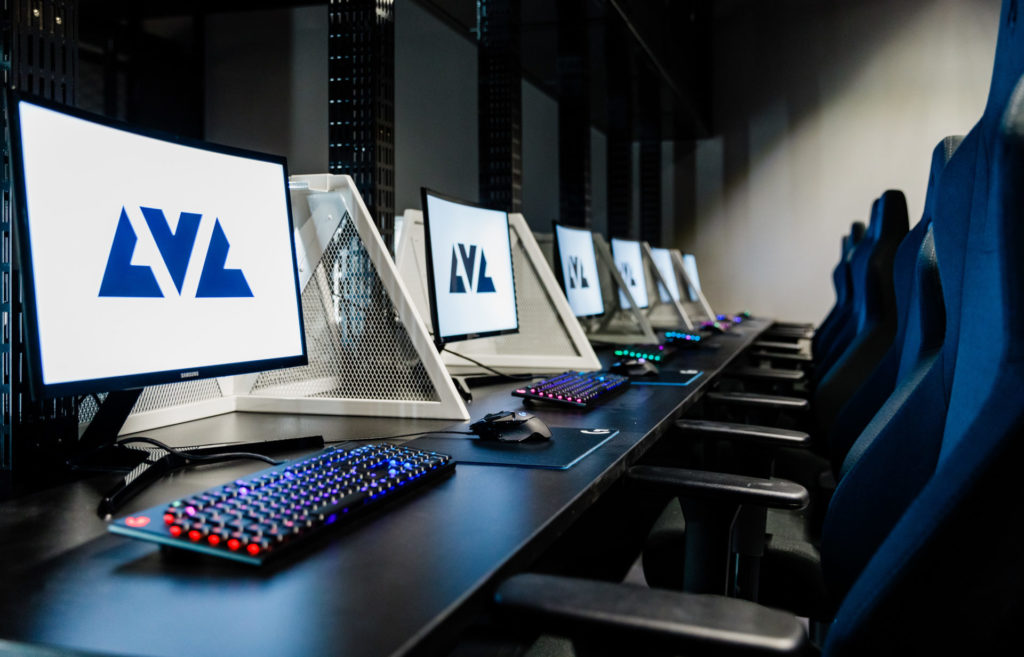 At BITKRAFT we believe strongly in physical experiences tailored to a gaming native and digital-first audience. In particular, we believe that esports participation and fandom at scale are contributing significantly to make such new physical entertainment experiences successful.

While we have seen many incarnations playing to this thesis, we became truly excited about the vision and approach of the LVL team and are excited to see their vision materialize with the launch of the iconic Checkpoint Charlie Berlin location.

The venue is positioned at Checkpoint Charlie in Berlin, most well known for being the crossing point between West Berlin and East Berlin during the Cold War. With the advantage of the location being a tourist destination, Veritas Entertainment expects at least 250,000 visitors every year to visit and plans to host around 130 live events annually.