Those annoying armadillos are what we’ll be dealing with in new expeditions in Teyvat. Here’s our guide to help you with Genshin Impact‘s Vishaps and Where to Find Them event.

Genshin Impact: Vishaps and Where to Find Them event guide

The main requirement to partake in Genshin Impact‘s Vishaps and Where to Find Them event is to reach Adventure Rank 20. From there, you’ll simply need to speak to Katheryne of the Adventurer’s Guild in Liyue. After a short dialogue, you’ll notice another panel in the expeditions tab.

Okay, here’s how the event works: 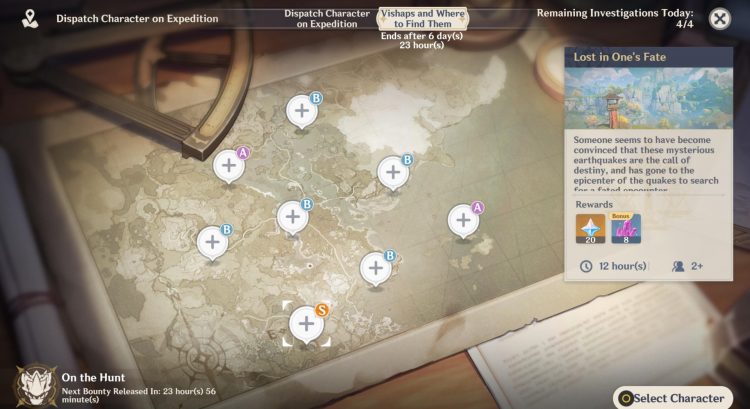 An expedition needs a minimum of two characters to get started. However, if you wish to obtain the bonus rewards, then you should take note of the boosted elements. For instance, the S-rank expedition today has boosts for Geo and Electro. If you pick Geo and Electro characters, you’ll notice that the bonus reward chance goes up. Try to reach 100% (or close to it) to get the entire bonus that’s shown on the panel.

Note: The extra percentages you gain depend on the boosted element, the character’s level, and the expedition’s rank. 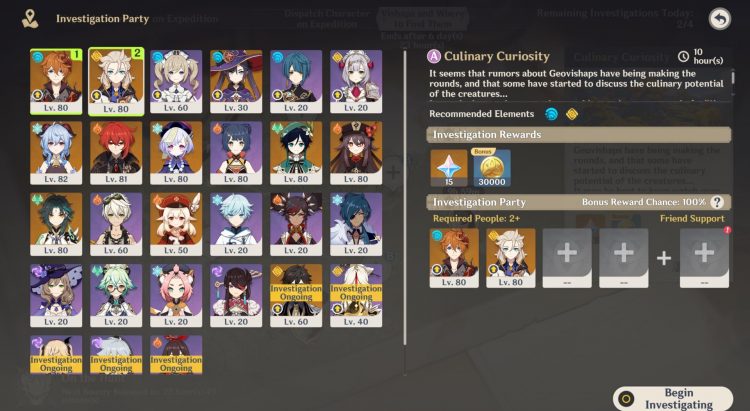 You’ll also notice that there are four slots for your own characters, as well as an extra slot for the “friend support.” This simply lets you pick a character showcased by your friend to add to the total percentage.

Once you’re done with your setups, you can just check back after several hours have passed to grab your rewards.

Note: Only those appearing on a player’s showcase can be selected. To check your own showcased characters, open Genshin Impact‘s menu and click on the pen icon next to your name. Then, click on “edit profile.” 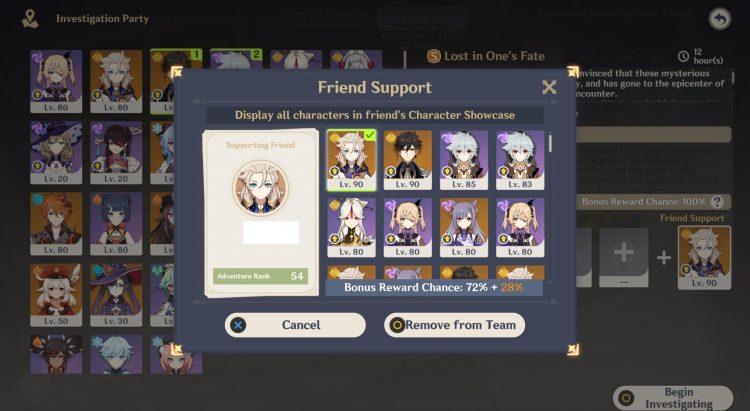 Bear in mind that adding certain characters in Genshin Impact‘s Vishaps and Where to Find Them expeditions prevents them from being used in the regular/default expeditions in the game. Personally, I’m not entirely sure if miHoYo thought this matter through, since there’s a possibility that newcomers and F2P folks will be at a disadvantage because of this restriction. Likewise, considering that characters only add a minute percentage to the bonus chance if they’re of the wrong element, then those who have a rather limited roster might run out of peeps they could spare.

In any case, the screen also has a button for “On The Hunt” challenges. These are supposed to provide you with bounty-type activities. My guess is that they’re probably similar to the ones you’ve gotten used to while leveling your reputation. Unfortunately, there’s no “On The Hunt” challenge that’s available today, but we can expect one after tomorrow’s reset. As such, I’ll be updating the guide accordingly.

Note: Genshin Impact‘s Vishaps and Where to Find them event runs from March 5 to March 12. Still, you’ll be able to collect your rewards until March 15. 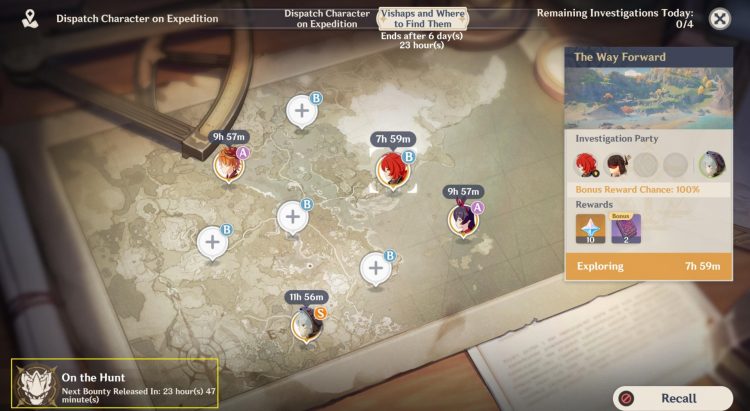