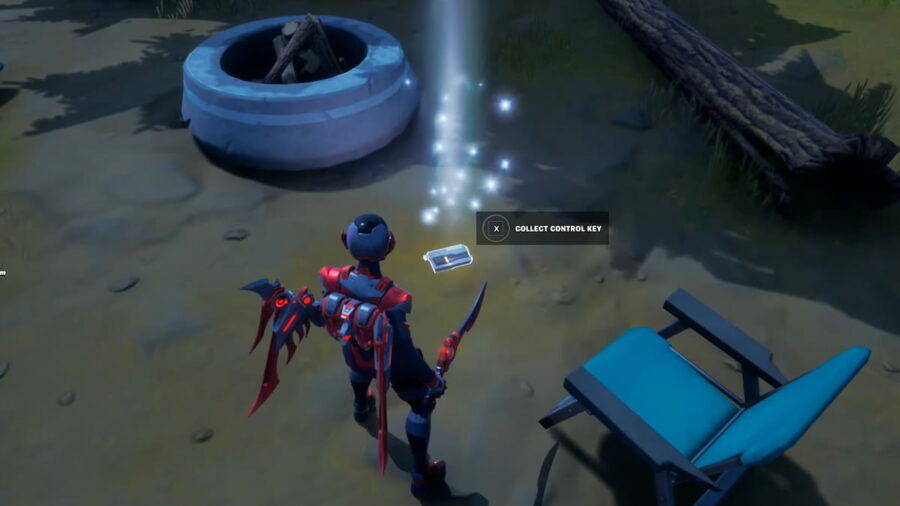 Fortnite Chapter 3 Season 2 rolls on with new Week 10 Resistance Quests for players to complete, in order to help the Resistance in their battle against the menacing Imagined Order. After successfully patching The Imagined into a loudspeaker in Sanctuary, players are tasked with stealing key cards from high security IO strongholds.

Players will need to visit two high security IO locations to collect the keys— namely, The Fortress, and the newly added POI, The Collider. Both of these POIs are protected by IO guards who patrol the area, so be careful and armed while entering them. The key cards can be found on the ground, and their exact location will be marked on the map with an exclamation mark once you are near them.

Related: How to Patch The Imagined into a Loudspeaker in Sanctuary in Fortnite

Where to Establish Device Uplink near The Collider or The Fortress

In order to start collecting the keys, players need to first establish a Device Uplink near The Fortress or The Collider. Refer to the map above for the approximate location of the Device Uplink. Once you are near it, its location will be highlighted on the map. Simply walk over the device to activate it, after which a voice-over will start, with The Origin providing further instructions. You only need to visit any one of these POIs to establish the Device Uplink.

Where to Collect Doomsday Control Keys

Players will have to visit both The Fortress, and The Collider to collect the keys, which can be found on the ground in certain locations. Refer to the map above for the exact co-ordinates. The keys found near the Fortress can be found in the middle of the campfire which is located south of The Fortress. The keys near The Collider can be found towards the east of the POI, right below the small bridge that runs across the dried up river. Once you are near them, simply press the Interact button to collect them. Completing this quest will grant the player 23,000 XP.

Wondering how to complete the Rail Gun Recon Quests fast? Check out How to complete all Rail Gun & Recon Scanner quests in Fortnite Chapter 3, here on Pro Game Guides.